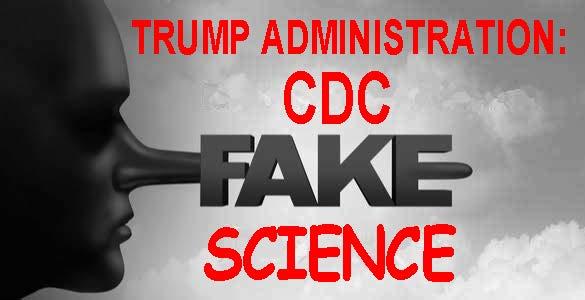 The Trump Administration embroiled in a scandal over its interference with the physician’s and medical doctors at the CDC over what appears to be its editing the health agency’s official guidance has doubled down on its interference.

After a huge backlash last week for its diluting its warnings and Dr. Robert R. Redfield’s testimony before Congress saying masks may be even better protection from coronavirus than a vaccine the Centers for Disease Control and Prevention on Friday quietly updated its official warnings on its website and affirmed its scientific opinion that coronavirus is an airborne pathogen that can stay in the air at distances greater than six feet and when testing is necessary.

“There is growing evidence that droplets and airborne particles can remain suspended in the air and be breathed in by others, and travel distances beyond 6 feet (for example, during choir practice, in restaurants, or in fitness classes).”

The CDC also had changed its recommendations on testing to advice that people who come into contact with a person known as being infected should get tested.

President Trump took issue with Dr. Robert R. Redfield’s testimony and the newly updated testing guidelines and its airborne warning. Now the CDC appears to have been forced by the Trump administration to remove its update warnings and testing recommendations from its website.

“A draft version of proposed changes to these recommendations was posted in error to the agency’s official website. CDC is currently updating its recommendations regarding airborne transmission of SARS-CoV-2 (the virus that causes COVID-19). Once this process has been completed, the update language will be posted.”

This is a clear signal that science has been tossed out of the CDC’s process and the once gold standard of health agencies is now firmly in control of President Trump and his Administrations sycophants.  This comes as the number of infections in the United States has reached 7 million and the number of fatalities from the pandemic has topped 200,000.