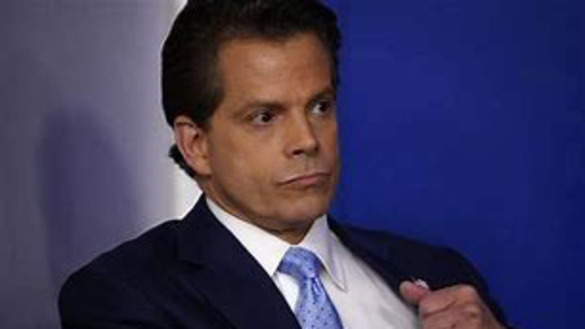 Former White House press secretary, a Harvard Law School alumni and long time friend of Donald Trump, predicted not only the President would lose the upcoming election badly, but he is also openly pondering if there’s a subconsciously intentional reason behind what seems to be President’s nose-dive.

The Guardian published an interview with Anthony Scaramucci in which ‘The Mooch’ (his universally used nickname) explained once again why, he continued to remain loyal to the President until Trump’s online bullying finally forced him to accept the reality.

Scaramucci says in his interview with the Guardian…

“In my 11 days, the great irony was some people said my press conference was well handled and well-executed, but Trump was not in love with it, which indicated to me that I was going to end up having a problem with him because he’s not one to allow anybody else on that stage.”

During his 11 days in the White House, Scaramucci says he saw up close the most powerful man in the world was unwilling to listen and delegate responsibility…

“My observation was, OK, he’s not listening, and good leadership requires delegation and listening, and he’s too defensive and too insecure actually about taking in input,” he says.

“Here’s the bad news, though. Even if you got him to focus on it, he wouldn’t listen to you anyway because he’s so maniacally narcissistic. He wants to immobilize everybody around him and then he wants to go on and win the presidency anyway on this nihilistic rampage and shows everybody, ‘See, I wiped out all of you with napalm and I didn’t need any of you.’ That’s full-blown narcissism.”

“He’s going to get destroyed. It’s not even close how badly he’s going to get destroyed. His ardent support is wilting and, by November, there’ll be over 200,000 people dead from the coronavirus. This is not 2016, where he’s an unknown entity and you have this very polarising figure, Hillary Clinton. He’s also got guys like me that are Republicans that are going to work on hiving off 3 to 5% of the Republicans.”

“He’s doing things every single day, that is literally forcibly unraveling his political career and that is the hidden secret, the underbelly of a narcissist. They have a very full-blown self-destructive streak in their personalities. He’s got his hand on the self detonator now.”