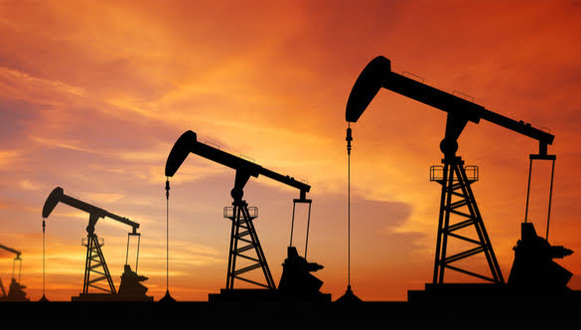 In October 2021, OPEC and its partners reduced oil production by over 2 million barrels per day. With President Biden's backing, Saudi Crown Prince Mohammed bin Salman may raise oil output while awaiting a judicial settlement in the civil action stemming from the murder of Jamal Khashoggi.

Jamal Khashoggi was a significant figure in the Saudi journalistic community and worked for a number of Saudi news organizations, where he covered key issues such as the Soviet invasion of Afghanistan and the rise to power of the late Osama bin Laden.

The 59-year-old man was a trusted advisor to the Saudi government and had a strong relationship with the Saudi royal family for many years.

However, he fell out of favor and, in 2017, chose to live in self-imposed exile in the United States. From there, he penned a monthly column for the Washington Post in which he criticized the actions of Saudi Arabia's de facto ruler, Crown Prince Mohammed bin Salman, the son of King Salman.

The United States and other Western countries' intelligence agencies believe that Crown Prince Mohammed bin Salman (MBS) was behind the brutal murder of Jamal Khashoggi, a former Saudi insider who subsequently turned against the royal family.

In 2018, as Jamal Khashoggi was scheduled to attend a consular visit at the Saudi diplomatic post in Istanbul, he was claimed to have been kidnapped by Saudi operatives and later dismembered. MBS has denied any involvement in the assassination of his brother.

Crown Prince Mohammed bin Salman is being sued for his alleged involvement in the murder of writer Jamal Khashoggi, and the administration of former President Joe Biden has made the unusual statement that he should be granted immunity from prosecution in the case.

In the case brought against the prince by the fiancee of the murdered Washington Post journalist Jamal Khashoggi and by the rights organization that he established, Democracy for the Arab World Now, the government said the prince's official position ought to provide him immunity.

The conclusion that MBS is entitled to immunity from prosecution reached by the United States government is non-binding; eventually, the decision about immunity will be made by a court.

This comes in the wake of Biden's trip to Saudi Arabia earlier this year, during which he and Prince Mohammed discussed topics related to technology, oil, and the murder of Jamal Khashoggi, despite the fact that President Biden has previously expressed his intolerance of the Saudi Arabian royal family.

According to the Wall Street Journal, delegates have indicated that an increase in production of up to 500,000 barrels per day would be on the agenda for the OPEC+ meeting scheduled for December 4.

The European Union and a number of other developed countries are planning to declare a ban on importing oil from Russia on December 5. An increase in output might help mitigate some of the negative consequences of this move.

Prince Abdulaziz bin Salman, a member of the Saudi royal family, responded to the Journal's article by denying its accuracy and said that OPEC and its allies might decide to reduce oil output instead.

The Saudi authorities and the White House have not yet responded to the Washington Post's request for comment.

The Biden administration said last week that the royal prince,  should be protected from a lawsuit over his alleged participation in the assassination of Khashoggi, who was a US-based journalist for the Washington Post. The case alleges that MBS ordered the killing of Khashoggi.

Since the beginning, Biden has maintained that he would hold MBS responsible for Khashoggi's killing. In July, the president said to the press that the Saudi monarch had assured him that he was "not directly responsible" for the death of Khashoggi.

After the president of the United States and the crown prince of Saudi Arabia were caught giving each other a fist bump over the summer, OPEC and its allies decided to stick it to the Biden administration by cutting oil output by around 2 million barrels per day.

In the run-up to the most recent midterm elections, the White House was eager to persuade oil-producing states to increase their output, particularly since increasing gas costs were seen as a potential weakness for Democrats.

Although Democrats were unsuccessful in their attempt to regain control of the House of Representatives, they maintained their razor-thin majority in the Senate because of their strong performance in contests for that house.

The relationship between the Biden administration and MBS, and the Saudi kingdom has been icy from the beginning of the administration.

For his part in Khashoggi's assassination, former President Joe Biden threatened during his run for the presidency to make bin Salman a worldwide "pariah" by isolating him and punishing him for his actions.