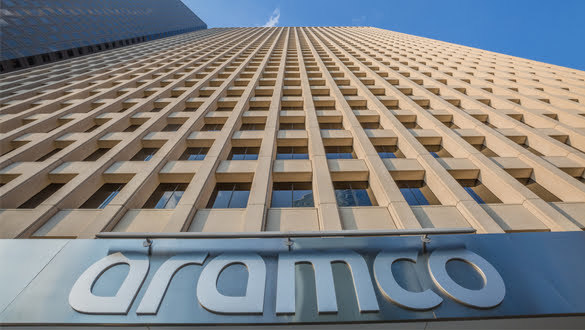 Aramco Saudi Arabia’s majority state-owned oil company announced today that it would ultimately increase production capacity to 13 million barrels per day in defiance of Russia. The majority state-owned company’s announcement, made on the Saudi Tadawul stock exchange, did not specifically pinpoint when the ultimate production capacity increase would happen.

The order to increase Aramco oil production capacity came directly by the order of the Saudi Energy Ministry. The kingdom’s energy policy is controlled by Crown Prince Mohammed bin Salman and the country’s energy minister Prince Abdulaziz bin Salman who are half-brothers and sons of the king.

Despite the fact that Saudi Arabia has only been producing around 9.8 million barrels per day, with the ability to sell 12 million daily barrels, it is carrying the bulk of cuts that were agreed upon by OPEC+, which includes Russia. Saudi Arabia did this to stave off an oversupply in the market that would further push prices down for several months.

Russia is refusing to co-operate in removing the oversupply by agreeing to deeper cuts has now set off an oil price war that could drive oil down to $20 a barrel.

The Saudi decision to expand its sales and production capacity led to a 25% plunge in the price of crude on Monday, the sharpest decline seen since the 1991 Gulf War.

The Eurasia Group, an energy consulting firm, issued a statement on the Saudi decision saying…

“The most likely outcome of this crisis is entrenchment into a painful process that lasts several weeks or months until prices are low enough to change fundamental views in Moscow and Riyadh back to some form of compromise.”

Eurasia Group also believes the price war will not only exert pressure on Russian oil exports but also US crude exports, which recently hit a record 4 million barrels per day. At $20 a barrel, both countries exporters will struggle to survive to force each country to sell oil at a loss.

Russian insisted last week that the market equilibrium for oil is $50 a barrel. The claim is based on its need to drive oil prices above their estimated cost of production and breakeven point to meet the government’s budget requirements of $42 a barrel. Selling oil at this kind of loss will eventually wipe out both country’s foreign reserves.

Aramco - The Most Valuable Company In History