Saudi Arabia’s Aramco IPO a Disaster in the Making 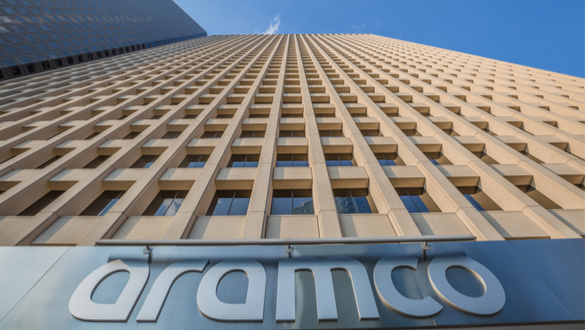 Saudi Arabia’s decision to take Aramco public is an attempt to pull off the biggest scams in world financial industry history. The IPO has so many holes in it, so poorly seeded with facts that the only investors that will buy into it will be buying solely on hype.

At the outset, let me be absolutely clear. I have been prejudiced against Saudi Arabia and its royal family since 9/11. The Saudi’s were up to the necks in financing and executing the worst direct attack on our country since Pearl Harbor. President George W. Bush weighed the pros and cons of a serious investigation into the complicity of the Saudi’s in the 9/11 attacks and literally buried their culpability.

Now it’s 34-year old Crown prince Mohammed bin Salman (MBS) is officially next in line to the throne to his 83-year-old father, King Salman, and as a result, the de facto ruler of the country.

Crown Prince Mohammed bin Salam has already proven to be a pathological liar and mass murderer. He has been linked to having ordered the murder of the murder a year ago of journalist Jamal Khashoggi in the kingdom's Istanbul consulate, confirmed by the U.S. Central Intelligence Agency, but is also guilty of genocide military attacks in Yemen targeting women, children, hospitals, schools, and international aid workers.

MBS is a tyrant who uses state control of the media and crackdowns on any dissent in the kingdom that includes summary public execution. History is littered with investor losses for those who believed they could do business with brutal authoritarians in the hopes of lucrative profits. Yes, of course, the Saudi Kingdom and many of its princes have been reliable investors in U.S. and western businesses. Keep in mind that when investing in the United States or anywhere in the west they are stuck sticking to the rules of those nations. Investing in Saudi Aramco means any investor foolish enough to do so is at the whim of MBS.

This year’s September 14 attack by Iran or Yemeni Rebels set ablaze two state oil giant Saudi Aramco's plants, knocked out half of the kingdom's oil production, equivalent to five percent of global oil output. The risk of an all-out war with Iran and its allies could bring most of Saudi Aramco's operations to a stand-still on any given day.

This has been the primary reason Crown Prince Mohammed bin Salam hasn’t pointed the finger at Iran and has not responded with military action for this year’s September 14 on Saudi Aramco's oil production facilities despite the seriousness of these attacks.

Neil Quilliam, a senior research fellow at Chatham House (a London-based international affairs think-tank) and specialist on Saudi Arabia and the Gulf for was quoted by Bloomberg as saying:

"The magnitude of these attacks is not lost on the population, nor is the fact that he (the crown prince) is the minister of defense, and his brother is deputy defense minister, and yet arguably the country has suffered its largest attack ever and on the crown jewels…There's diminishing confidence in his ability to secure the country - and that's a consequence of his policies.”

With all of this as a backdrop for prospective investors in Aramco’s IPO, why would anyone buy into it? At any moment all or part of Aramco’s oil production could be targeted by hostile terrorists, militia, domestic revolutionaries, or Iran and its surrogates. They're also the issue of Saudi corruption.

Investors in Aramco’s IPO have to accept that the profits and the costs will be dictated not only by the actual production but also by the corrupt whims of Crown prince Mohammed bin Salman (MBS). It’s for this reason, WallStreetRebel.com, and I refuse to recommend Aramco’s IPO and insist it could wind up being the biggest financial scam in human history. Steer clear!