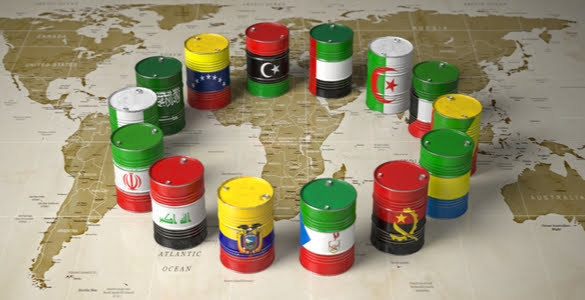 Crude oil prices have fallen 50% this year in response, in large part to the debilitating economic effects of the coronavirus pandemic knocking out approximately a third of global demand.

Even though OPEC and other oil producers are still pumping 15 million barrels a day more in oil than the current global demand and there is such an immense oil glut that storage for the black gold is becoming impossible to locate. Russia, Saudi Arabia, and another member of OPEC+ are blaming the price crash on the United States’ shale oil, fracking industry.

The price collapse is so dramatic that it’s threatening the political and economic stability of oil-dependent nations. Their solution is to try to get U.S. shale producers to agree to a production cut. In essence, price-fixing and walking away from the free market to rescue the global industry.

The United States should not help Russia in any way while it insists on building hypersonic missiles, nuclear missiles and continues its occupation of Ukraine. Supporting the bloodthirsty Saudi Crown Prince Mohammad Bin Salman Al Saud and his regime that did nothing to prevent 9/11 and has committed atrocities against humanity is entirely against our country’s interests.

The kind of price-fixing OPEC+ also wants is illegal in the United States and functionally impossible. The U.S. economic system is not set up to promote cartels.

Saudi Arabia, Russia, and other large oil producers are attempting to negotiate a deal to stem the historic price collapse over the last several days at the encouragement of President Trump.

The talks still face significant obstacles. A meeting of producers from OPEC+ and beyond already was delayed once, is tentatively scheduled for Thursday. The biggest obstacle is Russia and Saudi Arabia insistence that the U.S. to join in the production cuts, but U.S. President Donald Trump has so far shown little willingness to do so. In fact, he has no Constitutional power that would force the U.S. shale oil industry to capitulate and cut its production.

President Trump has bragged that he will impose tariffs on oil imports to protect the U.S. shale oil industry if Russia, Saudi Arabia, and other OPEC+ members don’t cut 15 million or more barrels from their daily production.

This clear obstacle could lead to oil collapsing in price further with some analysts like James Davidson, the editor of Strategic Investment, saying that the price collapse in oil could fall below $10 a barrel.

“President Trump would put himself between a rock and a hard place illegally ordering the U.S. shale oil industry to effectively join the global OPEC+ cartel and aiding them in driving the price at the gas pumps up before the U.S. general election.”

James Davison also points out the oil is likely headed much lower in price because neither OPEC+ nor U.S. producers have cut back their production are almost impossible. Meaning we could see the price of oil go negative as natural gas did a few years ago. There were reports from Wyoming this past week that those selling oil had to pay buyers to take oil production.