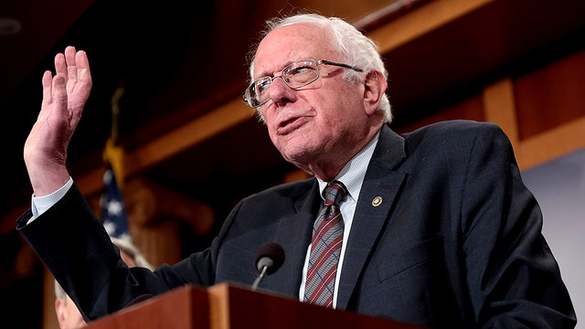 Senator Sanders held a conference call with his campaign staff this morning and issued a statement-making known his decision. He then addressed and thanked his supporters via live stream shortly before noon…

“Together we have transformed American consciousness as to what kind of nation we can become and have taken this country a major step forward in the never-ending struggle for economic justice, social justice, racial justice, and environmental justice,”

The one-time frontrunner lost his momentum with a distant second-place finish in the February 29 South Carolina primary. All of the rest of the remaining credible candidates dropped after Super Tuesday, March 3, and coalesced around Joseph Biden. The coronavirus pandemic has caused the cancellation of campaign events, postponement of voting in some states, and now a virtual Democratic convention is being considered.

Sanders’s decision to leave the race came the day after Wisconsin held its primary election, which was forced amidst this pandemic by the state’s Republican-controlled legislature. Stunning pictures of voters risking infection in long lines waiting hours to vote; many wore masks in accordance with federal guidelines, and many others wore no protection creating a potential health risk for all voters.

While results in the state are not set to be announced until April 13, Joseph Biden began leading in the polls in recent weeks following his victories in the Super Tuesday primaries.  Sanders won Wisconsin when he first ran for president in 2016, initially led the polls in Wisconsin this time around as well.

The decision to throw in the towel on his campaign was a painful one for Sanders, mainly since the senator and many of his allies believed the coronavirus spotlighted the need for the aggressive expansion of public health programs that were at the core of his platform.

Sanders described his decision to end his quest for the presidency as a “difficult and painful” choice that was driven by the recognition his “path to victory is virtually impossible.”

Sanders in withdrawing discussed his view that the coronavirus pandemic highlighted the need for his progressive policy agenda and pointed to polls that show the majority of Democratic primary voters — even in states he did not win — back universal health care.

“In terms of health care, even before this horrific pandemic, we are now experiencing, more and more. Americans understood that we must move to a Medicare For All single-payer program. This current horrific crisis that we are now in has exposed for all to see how absurd our current employer-based health insurance system is.”