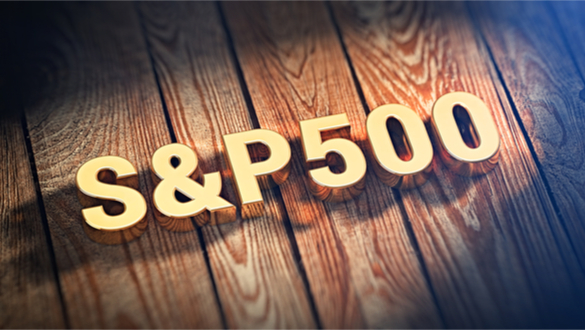 The S&P has a track record that shows since 1980 when the market has risen 10% or more from January through April; the index has continued to rise along with the Dow Jones Industrial Average and Nasdaq Indexes. This market has been fueled by a dovish interest rate policy by the Federal Reserve, but will that continue?

The old mantra followed by most investors paying attention to seasonality is “Sell in May and go away.” History tells us that since 1980 a big market move up of 10% or more is likely to send the entire market higher through the end of the year. Which means the “May go away” mantra may not be the smart move by U.S. stock investors this year. After all the S&P 500 has gained about 18% year-to-date.

There’s no doubt about it; we went from the despair of the December and a huge market correction in response to the government shutdown.  The concerns over President Trump’s trade wars and the potential for a recession in Europe tied to Brexit to a sort of euphoria in the first four months of 2019 that delivered the best start for the market since the January-April period of 1987. In many ways, the nose-dive in December resembled the notorious Black Monday that took place on Wall Street in 1987, which lead to a disgusting year that saw the stock market fall 14% after a blistering start.

The history, since 1980 shows that the S&P 500 is now set up for even more gains after the 18% rally so far this year. Kensho, a machine-learning tool used by hedge funds and Wall Street banks to conduct a historical analysis of trading scenarios shows the Dow, S&P, and Nasdaq has traded higher 8 out of 9 times when the market has rallied from January to April more than 10%, only 1987 defied the historical performance.

The Federal Reserve is, of course, a wildcard factor. Its policy of quantitative easing and it’s flirting with rate-increases caused the stock market to tank in the last few months of 2018, while its reversal of policy so far this year, looking for a reason to cut interest rates has been the primary reason stocks have taken of and gained the 18%...

Yesterday the Fed decided to keep interest rates at their current level, which was expected, but Federal Reserve chairman Jerome Powell was not as dovish as the market wanted. Powel signaled that the current low inflation was likely “transitory”, temporary and as a result, there was no reason to for a Federal Reserve rate cut, something President Trump is continually pushing for it.  As a result, the Dow fell over 150 points after his official comments.