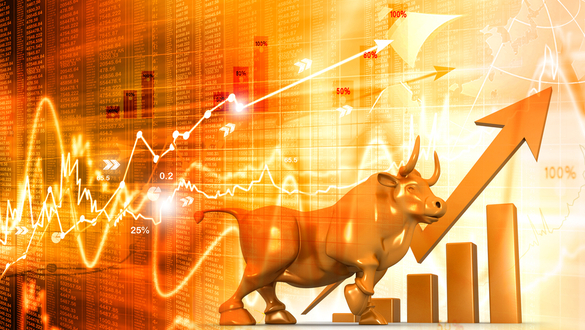 The S&P 500 rallied for two days in a row from last week’s lows to close Tuesday on a 1.4% gain at 3836. The index rose from the lows of 3665 after plunging from the all-time highs set in January. This bounce was also witnessed in the Nasdaq 100, which rose from its lows and is slowly creeping towards its all-time highs. This rise on February’s opening days is attributable to the strong Q4 reports posted by big tech.

Big tech and Microsoft posted impressive financials, pushing investors into buying the dip despite the bearish close on Friday, pushing the indices higher. Apple surpassed expectations posting revenue of $111 billion with a $30 billion net profit, with iPhone sales up 17% YoY. The company also declared a cash dividend of 0.205/ common share.

Facebook earnings for Q4 reported an increase in revenue reaching $28.07 billion against an expected $26.41 billion. The company also announced an Eps of $3.88 against an expected $ 3.22. Microsoft also surpassed expectations with the company’s love child Azure Cloud computing business helping it reach $15.5 billion in the quarter, completing a third consecutive quarter of growth.

Alphabet, Google’s parent company, saw record revenues for the second quarter amid the coronavirus pandemic. While travel and entertainment advertisers reduced their spending on google, online retailers increased their spending. The contribution from Google’s advertising business, such as YouTube, rose from 23% from a year ago to 81 %, accounting for $56.9 billion of the fourth-quarter sales.

In a new disclosure, Alphabet said Google Cloud posted an operating loss of $1.24bn in the fourth quarter and $5.6bn for 2020, a 21% wider loss than in 2019. Despite impressive news on amazon, the share price only poked above the $3400 mark with news that Jeff Bezos would be stepping down. The 57-year old billionaire founder will be assuming the executive chairman’s role while Andy Jassy takes his position. The transition will happen in Q3. This exit comes at a time when Amazon’s full-year sales surged 38%—the company’s best growth rate since 2011, boosted by the pandemic, which saw an increase in online shopping and an increase in demand for cloud computing services.

Moreover, there is the prospect of a faster economic reopening due to massive vaccination efforts, which leads to increased optimism in a strong economic comeback in the period ahead. At this pace, the Nasdaq 100 index and the S&P 500 both trade, once again, close to all-time highs. With more tech companies announcing their earnings reports over the week and the NFP report coming out on Friday, we should not rule out a move above those levels.