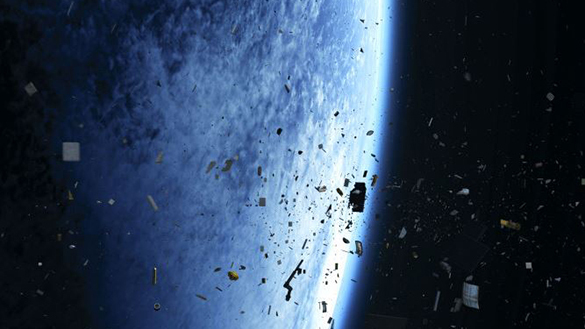 The satellite explosion caused at least 1,500 trackable bits of space debris and hundreds of thousands of smaller fragments.

United States officials and politicians are alarmed by Russia's missile test that hit a decommissioned space satellite. It is raising concerns that Moscow is attempting to militarize space even more. They have called for the Kremlin to be held responsible.

After the satellite explosion, at least 1,500 pieces of trackable space debris were formed, along with thousands of smaller fragments, according to authorities, which might pose a hazard to astronauts and other satellites in orbit. This comes on the heels of an aggressive Russian military buildup along its border with Ukraine, exacerbating tensions.

As a result of Russia's confirmation of the test on Tuesday but dismissive of American concerns, legislators have called on the Biden administration and allies to take immediate action.

House Armed Services Committee Chairman Adam Smith said in a statement Tuesday that the Russian military's anti-satellite test "makes it clear that Moscow is willing to threaten the peaceful use of outer space, to further militarize this domain, and to disregard any consequences for all nations."   "With the cooperation of our friends and partners, we must hold Russia accountable for this incident," Smith said.

Officials and legislators in the United States are concerned that the ground-fired missile, which struck a Soviet satellite launched in 1982, is symptomatic of increased Russian attempts to build and test space-based systems and weapons in recent years.

As part of its effort to outperform the United States in the intensely disputed space realm — which has been described as the "new Wild West," Russia has tested a number of anti-satellite missiles, lasers, and other weaponry that might prohibit the effective use of U.S. and partner satellites.

Russia is "strongly motivated to continue development efforts" on its anti-satellite weapons program, according to a study issued earlier this year by the nonprofit Secure World Foundation, which is dedicated to promoting international security.

This was on full show in July 2020, when the United States Space Command accused Russia of conducting a "non-destructive test of a space-based anti-satellite weapon."

As noted at the time, Gen. John Raymond, commander of the United States Space Command, stated the test was "more proof of Russia's continuous attempts to develop and test space-based weapons" and an "example that the risks to U.S. and Allied space systems are genuine, serious, and escalating."

Russia's "dangerous and reckless activity jeopardizes the long-term sustainability of our outer space," according to State Department spokesman Ned Price, who told reporters after Monday's test that "our outer space is at risk."

According to Pentagon spokesman John Kirby, the United States is carefully monitoring Russia's capabilities because they might "pose a danger not just to our national security interests but also to the security interests of other space-faring states."

On the other side of the Atlantic, NATO Secretary-General Jens Stoltenberg described the test as a "reckless conduct" that may endanger the International Space Station, which was constructed mainly by NASA and the Russian space agency Roscosmos.

However, although the United States and its allies have criticized the missile launch, it is unclear what further action they may take in response to the event.

The danger of nation-states to the space systems of others is not governed by global norms, rules, or principles of responsible conduct, and no such laws, regulations, or codes exist.

Russia expressed opposition to a United Nations resolution that would have moved the establishment of such standards earlier this month.

The proposal, which would create a working group to offer recommendations, was passed by the United Nations' First Committee by a vote of 163-8. Still, it was opposed by Russia, China, Cuba, Iran, Nicaragua, North Korea, Syria, and Venezuela, among other countries.

In a statement released on Tuesday, Russia's defense ministry justified its military actions, claiming that the founding of the United States Space Force last year and the United States' own weapons tests had prompted the country to beef up its defensive capabilities.

The United States conducted its last significant anti-satellite missile test in 2008. However, it was conducted at a far lower altitude than the one conducted by Russia.

Upon being questioned whether the CIA had sought out Russia or other nations, a State Department spokesman told The Hill that "we do not comment on private diplomatic discussions or communications."

In addition, Kirby said on Tuesday that he had "no communications to speak of and no new context to share" regarding the Russian nuclear test.