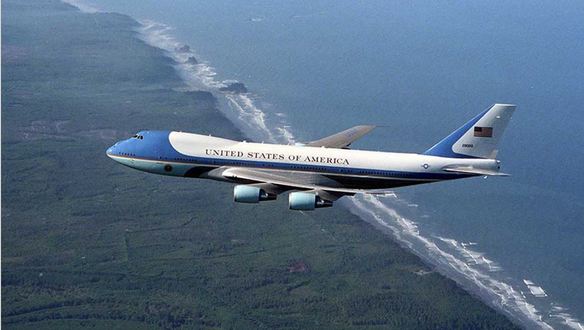 There is no way the idea of granting President Trump asylum and protecting him from extradition didn’t originate with Russia’s Vladimir Putin. It’s a brutal affirmation of Nancy Pelosi’s famous takedown that all roads with Trump lead back Russia.

“Experts in the studio enthusiastically discussed the likelihood of Trump being charged with a bevy of offenses from tax evasion to fraud and sexual assault. They concurred that Trump’s presidential pardon would not help him in state cases, unlike the recently advanced constitutional amendment in Russia that secured lifetime immunity from criminal prosecution for the country’s former presidents.”

Meanwhile, the rabidly anti-American military expert and member of the Russian Defense Ministry’s Public Council, Igor Korotchenko, who appeared on the show, compared with a straight face compared and I quote, “poor Trump’s’ anticipated legal troubles to the Stalinist repressions of 1937.”

Igor Korotchenko demonstrates the absolute intellectual depravity of modern-day Russian authoritarianism. He compared Stalin’s “Great Terror” of 1937-1938 when that mass murder ordered the execution of 1 million and sent 4 to 6 million to forced labor camps. How does that compare Trump have to be accountable for his crimes in a country that aspires to be Republic where no one is above the law?

On the Russian State-controlled RIA Novosti channel, its analysts have begun to opine that the looming threat of criminal prosecutions is the Democratic Party’s way of ‘spitting at Trump on his way out.”

Even Staunch Kremlin propagandist Dmitry Kiselyov’s Sunday show Weekly News argued that for “Trump, pardoning himself is a matter of survival.” Notable coming from a man who lives to please Vladimir Putin and could quickly wind up accidentally swallowing uranium 238 while eating sushi if he ever drew Putin’s ire.

We at Wall Street Rebel have suggested that Trump would wind up in a private stockade on a U.S. military base after standing trial in New York State or would land in Moscow. Trust when we say the first lady won’t be Mrs. Trump very long after her move back to New York. Reports of her not only divorcing “poor Trump,” but while doing so, releasing a “tell all memoir” that will worsen Trump’s inability to prevent himself from spoiling his adult diapers. She’s already quietly extending feelers for a publisher.

Will Trump defect to Russia if he can’t hold on to the presidency?