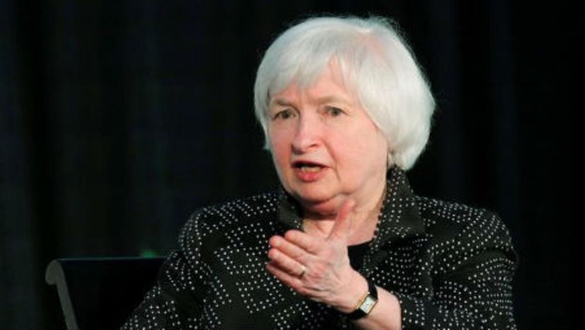 As Russia's invasion of Ukraine rages on and the humanitarian toll mounts, the global economic and food supplies ripple effects reach harrowing levels as this unprecedented conflict continues.

Russia's invasion of Ukraine is having severe consequences for the global economy, and Treasury Secretary Janet Yellen plans to issue a warning on Wednesday about the dangers of such a development. The conflict in Ukraine and international sanctions imposed in response to Russia's aggression interfere with the flow of food and energy around the world.

Mrs. Yellen's remarks came as the United States and the European Union prepared to impose yet another set of penalties on Russian financial institutions, government officials, and state-owned companies. The conflict in Ukraine shows no signs of abating.

In prepared comments, Ms. Yellen will say at a Financial Services Committee hearing that Russia's actions "represent an intolerable assault to the rules-based, global system" and would have "extensive economic ramifications in Ukraine and beyond."

According to Ms. Yellen, the United States has no intention of lessening the economic pressure it is imposing on Russia via sanctions on the Russian central bank, financial institutions, and politicians. Yellen intends to stress that more than half of the world's economies are united in the effort to impose sanctions on Russia and that the Biden administration is working to ensure that Russia does not benefit from financing made available through the World Bank and the International Monetary Fund (IMF).

Yellen intends to tell legislators that the Treasury Department is dedicated to holding Russia responsible for its conduct to prevent it from benefiting from the international financial system.

Ms. Yellen also aims to emphasize how the conflict in Ukraine is causing global food prices to spike due to interruptions in wheat shipments, highlighting how this has a particularly negative impact on developing nations. Furthermore, she will suggest that Russia's actions should be a warning to invest in energy independence so that the world is no longer dependent on such countries for oil and gas supplies.

The economic upheaval is occurring at a precarious time, as the global economy recovers from the coronavirus epidemic, which has slowed supply chains and increased inflation worldwide.

Ms. Yellen intends to point out that low-income nations continue to need support in tackling their debt loads. During her remarks, she will call on international financial institutions to enhance vaccine delivery to developing countries.

Yellen intends to add that "as long as this epidemic continues to rage anyplace globally, the American people will continue to be susceptible to new varieties of the virus."