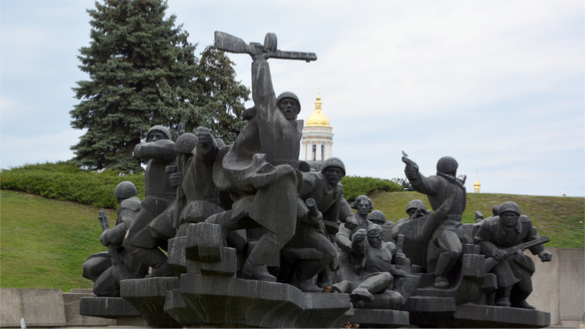 Vladimir Putin believes President Trump has been emasculated to the point that he and NATO will stand by and let him take Ukraine. It could be a miscalculation that leads to World War III. It’s exactly the kind of black swan event we have been warning our readers.

As if deadly killer storms, terrorism, political crisis’s and economic dislocation of Trump’s worldwide trade war haven’t been enough this past two years, now Wall Street and the world’s financial markets are about to be caught by surprise by a Russian invasion of Ukraine.

The satellite pictures taken by both U.S. and NATO military intelligence satellites clearly show evidence of cargo planes, trucks, and Russian troop movements in and around Crimea and along the western and northern Russian Ukrainian borders that resemble exactly the kind of military activity, experts say they would expect to see on the eve of an invasion.

The tensions between the United States, Ukraine, and Russia, are at highest threat level for years, as the US 6th Fleet of warships is making preparations to travel into the Black Sea a move designed to discourage Russian naval forces from interfering with the coming and going of Ukrainian merchant shipping. The move by the United States is in response to Russia’s seizure last month of Ukrainian ships and capture of merchant sailors. Kiev has been increasing its warning that a Russian invasion in what has already become the bloodiest European conflict since the war that lead to the demise of and breakup of Yugoslavia in the 1990s.

As one military and intelligence analyst pointed out…

“Fighting between Ukraine and Moscow-based separatists in the Donbass region of eastern Ukraine, alone, has already killed more than 10,000 people, with more than a million people, have fled their homes. This event underlines that it may be the most dangerous flash-point in the globe right now, and there is the renewed possibility of escalation with Russia increasing troops and weaponry in Crimea and other areas, and boosting its naval presence in the region.”

The effect on the world’s financial markets could be catastrophic.

Even with Friday’s 496 point nosedive of the Dow Jones the market isn't oversold. Geoff Garbacz the chief technical analyst and co-founder of GoldandEnergyOptionsTrader.com and WallStreetRebel.com say…

“Friday’s sell-off may not have been the final sell off even before we consider the effects of another Russian invasion of Ukraine. Rarely does a market capitulate on a Friday! Trading patterns demonstrate we’re much more likely to see a capitulation sell-off come on a Monday.”

“An an invasion thrown on top of all the issues confronting the financial markets could set off a panic sell-off of 1,500 points in a single day; exactly the kind of Black Swan event, a market panic that seemingly comes out of nowhere.”

A sudden 1,500 point decline, one that takes place in two days or even a single day would send the Dow Jones all the way back to 22,600 a level we hadn't seen since March 2017 just 26 months ago. That would push the markets to the kind of dramatically oversold market conditions we last saw during the 2008-2009 financial crisis.

My advice to the investor is to be prepared for a wild ride and to see another few trillion dollars of Wall Street’s equity wealth evaporate and what may be the buying opportunity of a lifetime. The sell-off we've recently experienced in equities is the biggest decoupling seen when we examine the current economic conditions of the world economy compared to the equity markets.  The world economy is still strong, but the equity markets are flashing the danger of recession.