Russian Cyberattacks: The US, Allies Ready to Respond 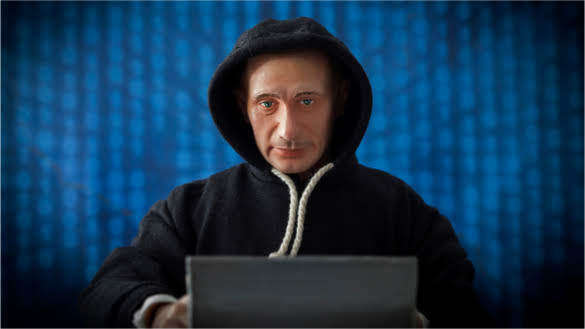 As Russian troops continue to gather near their borders, Ukrainian officials keep a close eye out for Kremlin-led cyberattacks to instill fear and destabilize Ukraine from within.

President Joe Biden told reporters hours after Ukraine revealed that its military ministry and two banks had been hacked. The US worked closely with NATO members and other partners to strengthen cyber defenses.

The attacks, which Western security experts suspect were carried out by Russia, were not unexpected, according to officials from the United States and Europe who spoke on condition of anonymity.

Reuters reached out to Russia's Federal Security Service for comment but did not receive a response immediately.

Officials in the United States claimed that "the president has stated that we will respond to Russian activities short of a military invasion." "However, the outcome will be determined by the severity of the cyberattacks. There are so many different ranges that it's difficult to get into specifics."

According to a European official, cyberattacks have been a long-standing component of Russian policy. Moscow has employed them in previous military confrontations with Georgia and Ukraine, among other countries.

A senior official said that Russia's hacks and other "misbehavior" are "part of their playbook," highlighting the Western determination to employ collective action to hold Moscow accountable for its actions.

While officials in the United States, Europe, and Canada have drawn out a comprehensive package of sanctions if the Russian military invades Ukraine, there is no specific plan for responding to cyberattacks, according to the sources.

According to the officials, this is partly because it might take time to determine who is responsible for an attack, particularly in the case of distributed denial of service (DDOS) operations. The method by which DDOS assaults work is by directing a flood of internet traffic from a large number of sources towards a server or another target.

Attacks that are more forceful and harmful are more likely to elicit a fiercer response. According to one of the European officials, certain countries - including France - typically prefer not to publicly assign blame for cyberattacks because they are uncomfortable doing so.

According to one cyber expert who is aware of Western preparations, the response might include steps other than penalties, such as physical or cyberattacks on the implicated systems.

According to two officials, many Russians believed to be responsible for earlier intrusions have already been included on sanctions blacklists, but more could be added in the future.

Officials from the United States and Europe have been negotiating in recent weeks about fine-tuning the sanctions that would be imposed in the event of a physical invasion - and their impact on Russia and the countries that would carry out the invasion - rather than about developing a menu of options for cyberattacks, according to one European official.

In the words of one European ambassador, "there is no specific blueprint for what to do in the case of a cyberattack." "It will depend on the specifics of the situation."