The General Staff of the Armed Forces of Ukraine, Russia's military and political leadership is disseminating a document titled "Conclusions of the fight with NATO in Ukraine" throughout the soldiers. According to the plan, Russia must deploy 5 million soldiers in order to win.

If the General Staff of the Armed Forces of Ukraine is correct and the Russian military and political command are circulating a paper entitled "Conclusions of the war with NATO in Ukraine," it will take 5 million soldiers to win its war in Russia, the authoritarian president of Russia Vladimir Putin's days are numbered.

All you have to do is the math. Russia invaded Ukraine on 24 February 2022; the war lasted for 270 days. At an estimated cost of $900 million daily, that comes to approximately $243 million using approximately 150,000 Russian soldiers. That means using 5 million soldiers in the war would cost Russia 33 times more or $29.7 billion a day, which adds up to $1.7 Trillion if the war takes another 270 days. The entire Russian GDP was only $4.67 trillion. It's just not possible for Russia to field 5 million troops.

Then there are the casualties and wounded number to consider. With approximately 100,000 of Russia's forces killed or wounded over 270 days times 33 times, using that 5 million force analysis would amount to over 3.3 million Russians, mostly conscripted men, who would end up wounded or killed. And this doesn't factor in the following…

3: Russia is running out of munitions and is now using out-of-date cruise missiles.

4: The mothers of soldiers who were killed or wounded over the ten years of war in Afghanistan helped overthrow the Soviet Union after About 15,000 soldiers were killed and approximately 35,000 were wounded. About two million Afghan civilians were killed. 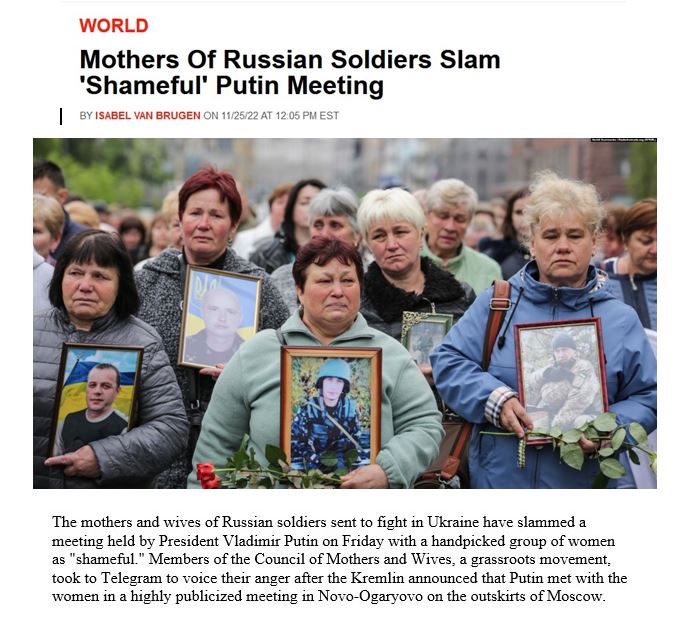 These factors and the fact that Saudi Arabia is quietly making concessions to the Biden Administration and is increasing oil exports in the wake of the mid-term elections in which the Democrats retained a majority in the Senate. One of the concessions also includes The Saudi kingdom increasing its support for Ukraine in the war against Russia. 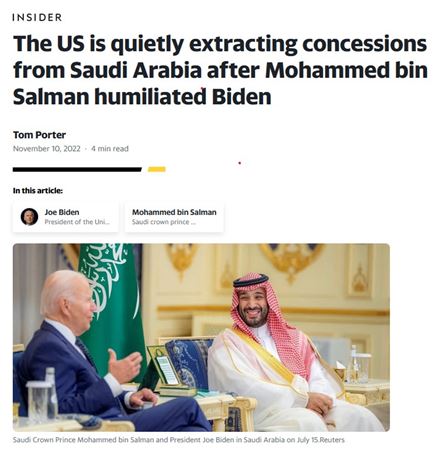 The back peddling and increase in oil exports and supporting Ukraine will mean that oil prices will likely head down to $70 or even $60 a barrel. This means Putin will have to dump much more oil just to keep tread water. Russia is already in a recession but now could be looking at an economic recession. The Chinese would rather buy their oil for $60 or $50 a barrel and keep withholding the microchips the Russians need to resupply their weapon systems, tanks, and munitions, etc.

All of this WILL lead to the sudden end of Putin's presidency. If you're long oil, thinking the winter will drive black gold higher - you're making a mistake. We think shorting oil using the ProShares UltraShort Bloomberg Crude Oil (SCO) ETF. We at WallStreetRebel.com recommend shorting 1000 of these shares. They closed this past Friday at $26.67 a share,

The day Putin is shot in the back of the head, suffers his demise in an "auto accident," or just plain vanishes will be the day Russia withdraws its troops from Ukraine, including Crimea. The new Russian leader will put all the blame on Putin and be completely focused on ending his country's isolation and economic nightmare and will start selling every drop and every liter of natural gas.

A Russia without Putin will be unable and unwilling to spend the monies on re-stockpiling its military. It will recognize the electric and hydrogen auto revolution and that the days of fossil fuels being at the center of the world economy are over, and it's now a race to transition from an oil economy to a more diversified economic model. Over the next few years, we could see oil back under $40 a barrel.

Putin is now 'fighting for his life'

*Past performance is not a guarantee of success. You can lose all your money trading and invest in stocks. All trades are hypothetical, and individual results will be verified during entry and exit. Investing and especially speculating in stocks, equities, and options by buying or shorting shares, going long or short using options can result in losing all monies used to speculate or invest.