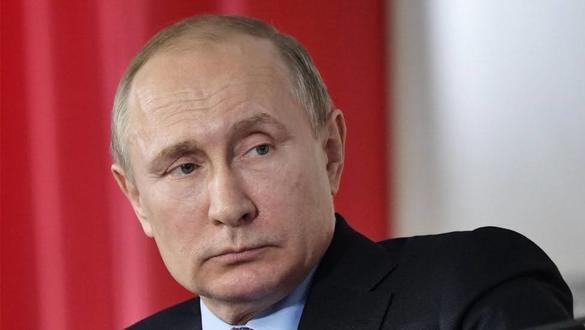 Neutral Leaders in both Finland and Sweden have made it apparent that they want to join the alliance, and it is expected that they will do so as well, allowing for new Russian threats.

Vladimir V. Putin, the President of Russia, has stated that his decision to invade Ukraine was partially motivated by his desire to prevent further development of NATO. But on Thursday, Finland made it clear that it intends to join, which derailed Mr. Putin's agenda and put the alliance's newest prospective member on Russia's northern doorstep.

The announcement made by the government of Finland that it will join NATO, along with the widespread belief that its neighbor, Sweden, will follow suit in the not-too-distant future, has the potential to now radically alter the strategic equilibrium that has existed in Europe for the past several decades. It is the most recent illustration of how Mr. Putin's plans were undermined due to Russia's invasion of Ukraine 11 weeks ago.

President Sauli Niinisto and Prime Minister Sanna Marin's decision has garnered widespread support from politicians and citizens of Finland; nevertheless, there are still a few steps to complete before the application process for membership can begin. The United States has backed each of these countries in their bids to join the military alliance. Sweden, a neighboring country, is expected to decide whether to join NATO in the coming days.

"NATO participation would boost Finland's security," according to the statement. Finland's membership in NATO would strengthen the organization's defense capabilities. Furthermore, the leaders highlighted that Finland must apply "as soon as possible". They expressed confidence that the necessary steps to reach a decision will be taken "within the next few days."

Marin's Social Democratic Party announced its decision on Saturday, followed by the five-party government coalition in Helsinki on Sunday.

A list of standards must be met before a country can be welcomed into NATO. This includes participating militarily in NATO operations, having a functional democracy, and treating minorities decently. After that, countries are asked to join a membership action plan, which prepares them for joining the organization. While this does not guarantee an alliance spot, it is a good start.

NATO allies are concerned about the escalating upheaval in Ukraine, from the occupied Crimean peninsula to the Russian-backed separatist regions in the east. Despite NATO's "open-door policy," Ukraine has not been able to become a full member. Ukrainian President Volodymyr Zelensky sought the alliance to enable Ukraine to join during the Russian invasion's first month. According to him, his country would not be joining any time soon at the beginning of the year. Following a phone contact with Niinistö, Zelensky expressed his admiration for Finland's decision on Thursday.

Russia reacted angrily, with Mr. Putin's chief spokesman, Dmitri S. Peskov, saying the addition of Finland and Sweden to NATO would not make Europe safer. Russia's deputy U.N. ambassador, Dmitry Polyanskiy, appeared to go further, saying in an interview with a British news site he posted on Twitter that as NATO members, the two Nordic countries "become part of the enemy and they bear all the risks."

Finland, long known for such implacable nonalignment that "Finlandization" became synonymous with neutrality, had been signaling that Russia's February 24 invasion of Ukraine gave the Finns a reason to join NATO. But Thursday was the first time Finland's leaders said publicly they intended to join, making it all but sure that Russia would share an 810-mile border with a NATO country.

The addition of Finland and Sweden to NATO carries significant risks of elevating prospects of war between Russia and the West, under the alliance's underlying principle that an attack on one is an attack on all.

The admission of Finland and Sweden to NATO would not make Europe any safer, according to Dmitri S. Peskov, who serves as the principal spokesman for Russian President Vladimir Putin. This infuriated Russia. Dmitry Polyanskiy, Russia's deputy ambassador to the United Nations, appeared to go further when he said in an interview with a British news site that he posted on Twitter that the two Nordic countries, as members of NATO, "become part of the enemy and they bear all the risks." Polyanskiy's comments were posted on Twitter.

After decades of such steadfast nonalignment that the term "Finlandization" became associated with neutrality, Finland, which had been known for such unwavering nonalignment, had been signaling that Russia's invasion of Ukraine on February 24 was giving the Finns a reason to join NATO. However, the leaders of Finland announced publicly for the first time on Thursday that they absolutely wanted to join, making it almost clear that Russia would have an 810-mile border with a NATO country in the future.

The core concept of NATO is that an assault on one country is an attack on all of them. Therefore the incorporation of Finland and Sweden into the alliance carries enormous dangers that the likelihood of war between Russia and the West would increase as a result.

Finland to apply for NATO membership amid Ukraine war | ABCNL