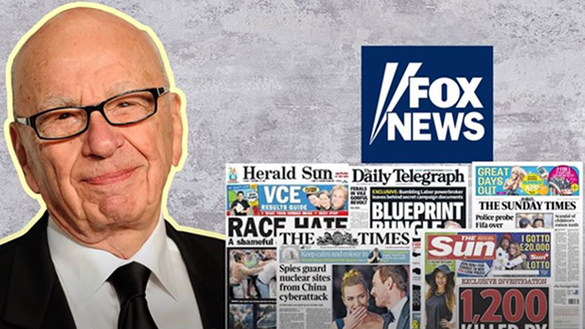 A key Trump supporter, 89-year-old Rupert Murdoch, is “semi-retired” from daily operations of his media holdings of Fox News, and newspapers worldwide but is still on top of the latest news election taking place.  Murdoch is shocking confidants with his election prediction.

The multi-billionaire founder of the Fox News Network, Rupert Murdoch, is shocking many of his friends and political confidants by telling them that he is convinced that former vice president Joe Biden will beat President Donald Trump in a landslide.

The Australian media mogul who built Fox News literally by scratch has become increasingly disgusted by President Trump’s handling of the coronavirus pandemic. According to three people who have spoken to Murdoch and reported the conversations are telling media sources including the Daily Beast that Trump’s refusal to listen to experts had created an ongoing crisis that has consumed the presidency.

In recent days the Giuliani against Joe Biden and his son Hunter has gone off its wheels and been disproven. Giuliani may become the target of a criminal investigation conducted by the Sothern District of New York, which he once led as a U.S. attorney.

Murdoch has been a close friend and confidant with Trump and key White House officials. Still, sources told the Daily Beast the two have not spoken in weeks because the media mogul is sick of the president’s complaints about negative coverage on Fox News. Trump is believed to watch as much as 16 hours a day of television, which suggests he watches compulsively.

Murdoch has been reportedly so upset with Trump that he seriously considered backing former New York City Mayor Mike Bloomberg, according to a Murdoch executive who spoke to Daily Beast’s reporters about the situation, with the stipulation is identity not be revealed.

The ONLY Battleground State Trump Leads In | 2020 Election Analysis