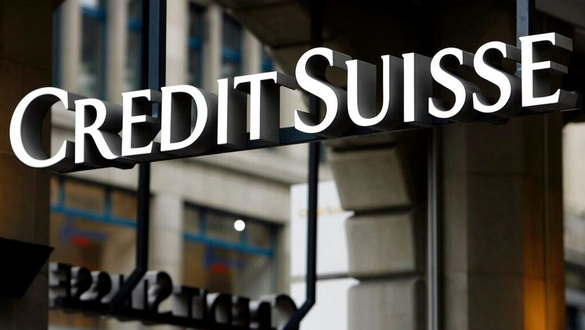 Credit Suisse's credit default swaps have risen to levels similar to those seen in 2008, raising concerns about the bank's impending demise. Credit Suisse's shares have plunged 60% this year due to fears that the Swiss bank may fail. Meanwhile, the banks' CDS, or the cost of insuring their bonds against default, increased dramatically on Friday.

While the major U.S. markets rose today, rumors circulated that trouble was developing at Swiss investment bank Credit Suisse. The rumors spread so quickly on Twitter that some investors are openly concerned that Credit Swiss is on the verge of a 2008 Lehman-style catastrophe.

The source of these rumors is unknown, but it is fair to acknowledge that Credit Suisse's fundamentals have rapidly deteriorated due to a combination of macroeconomic factors and the bank's reputation being harmed by a series of nasty scandals and mishaps that have negatively impacted its financials. The most prominent controversy was the failure of Bill Hwang's hedge firm Archegos Capital in early 2021.

After the collapse of Archegos Capital's hedge fund, the Swiss bank warned that it would have a substantial impact after exiting positions in the firm. According to the New York Times, Credit Suisse was also punished by a Swiss court in June for faulty procedures that allowed one of its workers to assist a Bulgarian narcotics ring in laundering money.

In July, the bank had to modify its second-quarter profits report from a profit of 253 million Swiss francs a year before to a loss of 1.59 billion Swiss francs ($1.6 billion), blaming the shortfall on severe losses in the firm's investment banking section.

As a result of its problems, Credit Suisse announced a change in leadership, naming Ulrich Körner as its new CEO and launching a strategic review process.

Credit Suisse's Credit Default Swaps, or CDS, a derivative instrument that allows an investor to swap their credit risk with another investor, surged on Friday, reflecting the market's perception of rising risk, which has now approached the highs seen during the 2008 financial crisis, which led to the failure of Lehman Brothers.

According to the Financial Times, Credit Suisse executives have been traveling to reassure the bank's major clients, counterparties, and investors about the bank's financial soundness. On Friday, the bank's new CEO, Körner, reportedly sent a company-wide message to calm worker fears over the bank's capital position and liquidity...

"Our position in this respect is clear. Credit Suisse has a strong capital and liquidity position and balance sheet. Share price developments do not change this fact."

One Twitter user pointed out that... Credit Suisse has been recognized as a systemically important financial institution, which means it is "too big to fail," as Lehman was before its 2008 collapse. Given that Credit Suisse has more assets than Lehman had when it floundered and failed, the consequences for the financial system might be far-reaching.

One thing is certain: this crisis at Credit Suisse is occurring at a time when global equity markets have fallen significantly due to concern about the economic outlook and rising rates forced by global inflationary pressures.