Roger Stone Guilty On All Charges! 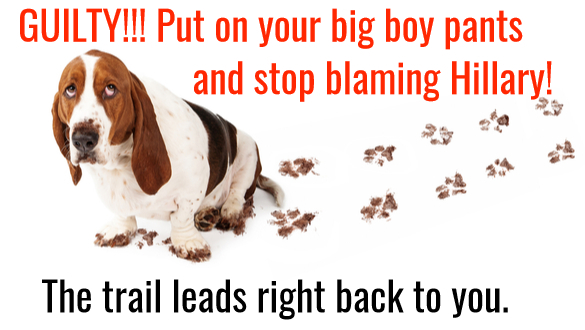 The longtime political consultant and personal friend of President Trump was found guilty this morning of lying to Congress during lawmakers questioning during their investigating of Russian interference in the 2016 election.

Roger Stone, a famous and self-proclaimed political dirty trickster who first came on the national political scene during President Nixon’s campaigns, was found guilty on Friday of all seven charged counts, which included lying to Congress.

Known as an expert practitioner of the dark political arts, Stone was indicted for intimidating a witness and lying to congressional investigators who were looking into Russian interference in the 2016 election.  Stone was charged with crimes that included witness tampering, witness intimidation and giving numerous false statements to lawmakers about his communications with WikiLeaks.

Stone had publicly bragged repeatedly in his communications with Donald Trump’s 2016 campaign officials that he had direct communication and connections to WikiLeaks, which released stolen information by Russian intelligence spies that damaged Democrat Hillary Clinton’s 2016 presidential campaign.

A ﻿federal prosecutor told jurors in his closing arguments that Stone committed perjury to Congress about his interactions with WikiLeaks intermediaries and Trump campaign officials “because the truth looked bad for Donald Trump.”

Other members of the ﻿Trump campaign, including Steven Bannon testified that they were led to believe by Roger Stone he had inside information on WikiLeaks, with one former official testifying that then-candidate Donald Trump indicated WikiLeaks would be releasing more information after he got off the phone with Stone in July 2016.

Prosecutors convinced the jury that Stone tried to intimidate Randy Credico, a radio host he tried to convince not to cooperate with government investigations. The revelation that candidate Donald Trump had used Roger Stone to act as a go-between him, his campaign and WikiLeaks principal Julian Assange has far-reaching implications since Trump himself public request that “Russia find Hillary Clinton’s emails” led to the Russian hacking of the Democratic National Committees computers the next day.

“What about Crooked Hillary, Comey, Strzok, Page, McCabe, Brennan, Clapper, Shifty Schiff, Ohr & Nellie, Steele & all of the others, including even Mueller himself? Didn’t they lie?” and then posed the opinion that the verdict was“a double standard like never seen before in the history of our Country?”

Trump’s Tweet implies the possibility that he will issue a pardon for Roger Stone in the future and will not allow him to serve any time for the seven crimes he has been convicted of committing by the D.C. jury.

Stone reportedly passed a note to far-right radio host Alex Jones that Jones read on the air last night that Jones said was an appeal by Stone to President Trump for a pardon, in order according to Jones...

“Show these corrupt courts that they’re not going to get away with persecuting people for their free speech or for the crime of getting the president elected.”

Roger Stone was indicted in January of 2019 as part of former special counsel Robert Mueller’s investigation into foreign interference in the 2016 election. Stone pleaded not guilty.