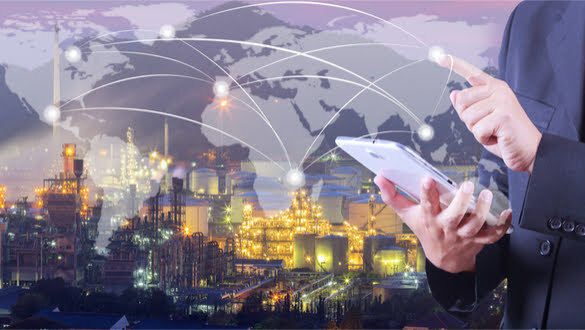 Despite the pandemic's impact on global energy consumption, energy firms are still hesitant to drill because of uncertainties about worldwide demand and investor pressure to maintain high-profit margins.

Since the beginning of the year, the price of heating oil has increased by 68 percent on average.  Gasoline pump prices have risen by almost a dollar in the past year, with a national average of little more than $3 per gallon of gasoline.

Inflation is expected to grow in the next months as a result of higher energy costs, as well as a reduction in consumer spending on other goods and services, which may eventually result in a delay in the recovery of the economy in the United States.

Because consumption is increasing while supply is becoming more restricted, prices are rising due to the tightening of supply.

As the epidemic fades and customers all over the globe increase their spending, the manufacturing and service industries are seeing an increase in output levels.

To do this, more energy must be used, which manufacturers and service providers do not have in plenty.

This is partly due to oil-exporting nations' decision to expand output in small increments rather than by opening the taps to a greater number of people all at once.

Also contributing to the natural gas crisis in the United States is rising demand from Europe, where supplies have been depleted due to hot weather, low wind-power output and decreased imports from Russia.

Many economists predict that combining these factors would result in even higher interest rates being levied in the coming months.

Moody's Analytics predicts that oil prices will rise to between $80 and $90 a barrel by the beginning of next year, from their current level of $79 a barrel.

According to JPMorgan Chase & Co., the worst-case scenario for oil is that the price will continue to rise over the following three years, eventually hitting $190 a barrel in 2025.

As reported by the Labor Department, energy costs increased by 5.2 percent in August compared to the same month the previous year, marking the highest increase seen since the start of the current year.

Even in normal times, variations in the price of energy are not uncommon.

Price volatility is higher right now due to an uncertain economic future, as well as uncertainty about how governments and investors will react to a lack of available supplies.

When businesses increase the scale of their production, investors put pressure on them to maintain high pricing and profit margins.

"Price pressure" is the term used to describe this phenomenon.

According to the Environmental Protection Agency, customers' energy costs account for a significant portion of their total expenditures.

According to the Labor Department, consumer spending on energy accounted for about 7 percent of total consumer expenditures in August. In the past, economic downturns have been accompanied by rising energy costs.

Higher costs serve as an indirect tax on consumers since they cannot significantly reduce their consumption on short notice, as they can do with discretionary purchases. This reduces the amount of money available to spend on other products and services in the interim.

The increase in Covid-19 infections caused by the Delta version has caused expansion to come to a grinding stop this summer, resulting in a new set of company limitations as well as customer concern over the outbreak.

The impact, according to experts, will be less severe in the United States as a consequence of a variety of distinct factors.  As a result of the fact that the United States is a large producer of natural gas and that the overwhelming bulk of the commodity's supply is contained inside the country's boundaries, natural gas prices have increased only a little.

Even though natural gas resources are not as scarce as oil reserves, they are in limited supply globally.

The government's stimulus payments and unemployment compensation have resulted in a significant amount of money being saved by families.

According to Joe Brusuelas, chief economist at consulting firm RSM US LLP, the United States is significantly better positioned to absorb any energy-induced shock that may occur than our European and Asian trading partners because American households have more than $2 trillion in excess savings compared to pre-pandemic levels.

High oil costs and rising inflation may force the Federal Reserve to quit its loose monetary policy sooner than expected, which would put a damper on the economy's ability to expand.

Consumer prices increased by 4.3 percent in August as compared to the same month the previous year, according to the Commerce Department's price index for personal consumption expenditures, which is the Federal Reserve's preferred inflation indicator.

According to the organization, the Federal Reserve aims for annual inflation to be no more than 2 percent.

According to Oxford Economics, rising energy prices will cause the annual inflation rate to rise to 5.1 percent by the end of the year due to higher energy costs.

Since the oil and natural gas prices have been so high in recent years, oil and gas companies have been encouraged to access abundant shale resources. This has increased demand for steel and other raw materials and construction workers, truck drivers, and other employees over the past several years.

However, despite the fact that the world's demand for energy has rebounded due to the pandemic, energy companies are still reluctant to drill due to uncertainty about global demand and investor pressure to maintain high-profit margins, which is achieved in part by restricting supply, according to him.