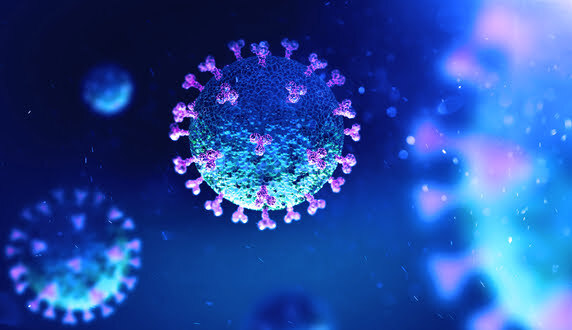 The Delta Variant is fueling a spike in COVID cases, mostly among people who are not vaccinated. While the virus is apolitical, the unvaccinated are disproportionately politically conservative. The question remains if the virus is not restrained what will the next mutated strain bring?

The United States is now again at a crossroads after an all-too-brief respite in the pandemic.

The CDC reports that the number of illnesses has risen to 51,000 a day, more than four times the rate a month ago.

Hospitals may again be congested, medical staff may be exhausted, and thousands of people may die unnecessarily.

Although the more infectious Delta Variant is receiving the most attention, an older and more familiar adversary is driving its rise: vaccination hesitancy and refusal, which has been widespread in the United States for decades.

If a larger proportion of the population were vaccinated, there would be no recurrence of the coronavirus, whether it was the Delta Variant, the alpha variant, or any other variation.

While minor breakthrough infections may be more frequent than previously believed, vaccinations are very efficient in preventing serious disease and death.

Despite this, almost half of the population is still unprotected and unvaccinated.

Approximately 30% of people have not got even a single dosage of the vaccine, with the proportion being much higher in some nation regions.

And yet, despite having more vaccinations available than any other country save Russia, America has the greatest rates of vaccine hesitancy or refusal among its citizens, ranking second only to Russia.

Public health specialists have warned for months that the virus — any form of it — will resurface if the nation did not vaccinate a sufficient proportion of the people promptly. They have been unsuccessful.

In January, Bill Hanage, a public health researcher at the Harvard T.H. Chan School of Public Health, projected that Florida would have a difficult summer. Hanage was correct.

Florida is now home to one out of every five new infections in the United States.

In fact, the Delta Variant form is ripping across Asia, Europe, Africa, and now the Middle East with breakneck speed and fury.

Many analysts have been caught by surprise by the developments in North America.

In the United States, it is currently responsible for about 83 percent of all infections.

However, Delta is by no means the most dangerous version available.

They are waiting in the wings, and who knows what horrifying versions of them are already thriving unnoticed in remote corners of the globe, maybe even here in the United States.

Every infected individual, wherever in the globe, provides the coronavirus with a fresh chance to mutate and evolve into a new virus strain.

If the United States does not immunize millions of individuals who are now refusing to receive the vaccination, are still persuadable but reluctant, or who have not yet acquired access to the vaccine, it will be susceptible to every one of them.

They will set the nation on fire over and over again if they are not immunized.

And they will not be the only ones to suffer as a result of this.

Immunized individuals will be protected against severe disease and death, but other effects may occur due to the vaccination.

It is already being requested that people wear masks inside their homes in certain areas.

If the population continues to grow at its current rate, the limitations that formerly separated the nation may be reinstated.

Workplaces and schools may have to shut their doors once again.

In addition, a small percentage of individuals who have been vaccinated will get infected.

It is about twice as infectious as the original coronavirus. Some early data suggests that individuals infected with the mutant coronavirus carry the virus in much greater quantities than those who are not.

Most breakthrough infections cause little to no symptoms, but others may cause sickness in individuals who have been vaccinated that is severe enough to cause them to stay in bed and miss work — as well as put their children or elderly relatives at risk.

Scientists are now concerned that certain instances may result in protracted COVID, a poorly characterized condition in which symptoms seem to linger for many months.

The answer to this bleak redux is a glaringly simple one: more bullets in arms.

However, without a government requirement — or a patchwork of regulations from towns, hospitals, universities, and companies — it is difficult to see how enough Americans will be vaccinated to serve as a defensive wall against the virus if no such mandate is implemented.

According to statistics compiled by The New York Times, vaccination rates have dropped to around 537,000 shots per day after a robust spring campaign.

Some of the blame for the gap may be attributed to conservative politicians, many of whom are Republicans, vocal in their opposition to vaccinations.

The problem is that disinformation, which has become a social media pandemic in its own right, comes from all corners of the cultural spectrum. There is no one explanation why so many Americans are still unvaccinated.

It is an issue with many heads.

Approximately half of the 39 percent of people who are unvaccinated claim they are totally opposed to vaccination.

However, even within that group, some claim they would cooperate if forced to do so.

While some individuals are apprehensive and may change their minds with the proper encouragement from people they trust, others have said they intend to be vaccinated but have not yet had the opportunity.

Dr. Richard Besser, a former director of the Centers for Disease Control and Prevention, pointed out that politics is just a motivator for a small number of these individuals.

Because of socioeconomic variables, the rates in New Jersey, where he resides, may vary dramatically from one area to another.

In mostly white Princeton, 75 percent of people are vaccinated, compared to 45 percent in Trenton, which is 14 miles distant and has a high concentration of Black and Latino residents.

"Because both of these regions are heavily Democratic, it is critical to break things down and address the problems that are hindering vaccination progress in each section of the unvaccinated population," Besser said.

Nonetheless, there is little question that the political split plays a role in the rise in the number of people infected with Covid-19.

According to a new survey by the Kaiser Family Foundation, vaccination rates in areas that voted for Donald Trump have trailed behind those in counties that voted for Joe Biden from the beginning. The difference has only grown wider – from 2 percentage points in April to almost 12 points today.

According to another survey, 86 percent of Democrats have taken at least one shot at the presidency, compared to 52 percent of Republicans.

In fact, Dr. Nahid Bhadelia, director of the Center for Emerging Infectious Diseases Policy and Research at Boston University, stated that the national objective of getting 70 percent of people vaccinated by July 4 had suddenly become "Biden's ambition."

In an unexpected turn of events, even getting out of the epidemic "began to be framed as a left versus the right problem."

At the time of this writing, less than half of House Republicans have had their vaccinations, compared to 100 percent of congressional Democrats.

Over the last few months, conservative politicians and pundits, such as Sens. Ron Johnson of Wisconsin and Rand Paul of Kentucky, and conservative news outlets, such as Tucker Carlson, have expressed their doubt about vaccinations loudly and insistently.

Recently, as the number of illnesses in conservative precincts has increased, several Republican officials have taken up the cause of vaccination.

The minority leader, Sen. Mitch McConnell, R-Kentucky, who survived polio as a kid, has donned masks and advocated for widespread vaccination.

Sen. Mitt Romney, R-Utah, stated in an interview on Wednesday that "the politics of vaccination is an outrage and simply stupid." Romney was the Republican presidential nominee in 2012.

All of these figures and a slew of others will need to say vaccine affirmations often enough to convince millions of people to put aside their reservations about vaccination.

In the midst of American division, the Delta variation is flourishing.

The vaccinations are not just the cure for this variation but also for all the variants that will come after it.

Unvaccinated people at highest risk of being infected by delta variant