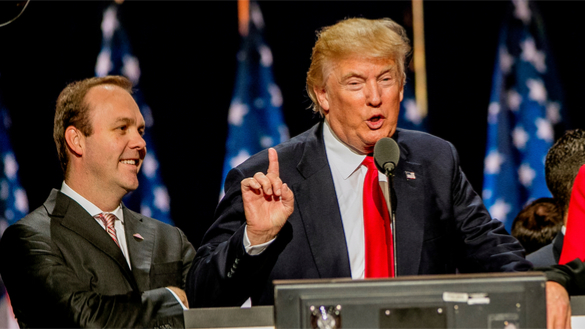 No honor among thieves. Gates admits he embezzled funds from Manafort while committing bank and tax fraud with him.

Gates, the former deputy campaign manager of Trump campaign reached a plea deal with the special counsel team investigating Russia’s cyber attacks on the United States that’s being led by Robert Mueller months ago, testified today that he helped his business partner Paul Manafort cheat on his taxes and hide foreign bank accounts from the government.

Gates a 46-year-old father of four and resident of Richmond, Virginia has been billed as one of the prosecution’s key witness in the case being presented against Manafort who faces decades behind bars, essentially a life sentence if convicted.

Gates entered the packed courtroom this afternoon wearing a blue suit looking polished and freshly shaven to tell jurors that he knowingly participated in a variety of crimes with Manafort, whom he said he first met as an intern at Manafort’s former firm all the way back in the 1990s.

Rick Gates admitted on the stand that he was part of a conspiracy with Manafort to file false tax returns, hide foreign bank accounts and not register as a foreign agent…

“Were you involved in any criminal activity with Mr. Manafort?” prosecutor Greg Andres asked Gates.

When the prosecutor asked….

“Did you commit any crimes with Mr. Manafort?”

While Gates and Manafort worked on the 2016 Trump campaign, it wasn’t mentioned in court today. It was briefly referred to by Gates when he acknowledged he did work for… “…one of the presidential campaigns, most recently.”

When questioned by the prosecutor Gates detailed a list from memory of all of the foreign accounts Manafort held overseas, and then went on to admit that he lied to Manafort’s accountants in order to “reduce the taxable income on the tax returns.”

In one shocking admission Rick Gates admitted that he embezzled “several hundred thousand” dollars from Manafort along the way by filing false expense reports along the way to the detriment of Manafort.

Gates referring to Manafort described him as “one of the most politically brilliant strategists I’ve ever worked with.”

Gates admitted to a conspiracy against the United States in connection with avoiding taxes as well as a charge of lying to the special counsel’s office and the FBI as part of his plea deal. Gates is likely to receive a shorter prison sentence in return for his testimony and providing useful information to Manafort’s investigation on the bank fraud and tax charges at the center of Manafort’s trial.