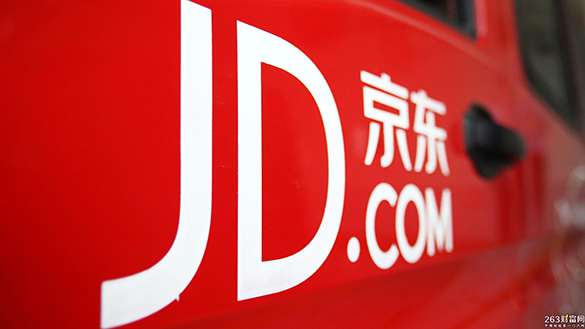 Down $23 a share from its 52 week high, JD.com shares are just too risky to put in your portfolio.

Richard Liu, JD.com’s founder, the subject of media attention in China for a while and this was intensified by his September 4, 2018 arrest in Minnesota. Liu, arrested in America on a charge of sexual misconduct, but has in the meantime flown back to China and is now a hot topic.

Chinese social media and news outlets were riveted by minutiae of the arrest. The mug shot taken by Minnesota’s police was online everywhere while China’s netizens parse unfamiliar legal terms and speculate about how Liu’s wife might respond. Liu’s wife, nicknamed Sister Milk Tea, is a star in her own right.

These responses to Liu’s legal plight echo the public’s enthrallment with self-made technology tycoons in the country. These are rapidly becoming a symbol of China’s upward social mobility and escalation as an international power. Speeches by them on entrepreneurship and success constantly run on airport TV screens, while their private lives feature in tabloids and their books rapidly become best sellers

They are in effect the rock stars of the Chinese Golden Age, and Liu is at the top. JD.com, Liu’s company, delivers quality brand products to the China’s burgeoning middle class, rather than the inferior copies that are commonly found on China’s internet. JD.com’s shares are listed on the NASDAQ at a market cap of around $50 billion.

Richard Liu’s Chinese name is Liu Qiangdong, and he was arrested on suspicion of sexual misconduct. In Minnesota, the phrase “criminal sexual conduct” could also cover various sexual contacts without consent. Minneapolis’ police officials are handling the case as an ongoing investigation.

In an official statement, JD.com maintains that Liu was accused falsely and point out that he was released without needing to post bail and without being charged. Although Liu has retained lawyers, he has gone back to China.

According to John Elder, a Minneapolis Police spokesman, their investigation was still in its early stages. The department respects the rights of the complainant, as well as those of Liu.

Elder noted that the police did not have the authority to prevent Liu from departing the country while the investigation is ongoing, but added that he believed they would be able to contact him later if required.

Internet users in China obsess over the intricacies of the case, and many are receiving an online course on the legal system of America.

Michael Anti, a journalist and blogger on WeChat, explained that the photograph of Liu taken by the police was known as a mug shot and that in the US, a mug shot was seen as public information that could be given to the media.

Explanations of the terms “released pending complaint” and “probable cause” are widespread, as are audio recordings and photographs of Elder.

There is also speculation over Liu and Zhang Zetian’s marriage. She jumped to fame when a photograph of her holding a cup of milk tea was shared widely on social media sites while she was a student, earning her the nickname “Sister Milk Tea.” Zhang and Liu met while she was a student in the US, and were married in 2015. In China, the couple is both criticized and praised for revealing the private details of their lives online, including the wedding and Zhang’s pregnancy.

The arrest of Liu also provoked ridicule. He insisted he did not marry Zhang for her beauty in a previous video interview, saying that he was “face blind” and couldn’t differentiate between who is pretty and who isn’t.

An online user referred to those commented and joked that Liu might have mistaken another woman for Sister Milk Tea as he is, after all, face blind.

The arrest also highlights JD.com’s severe rivalry with Alibaba, an e-commerce giant in China, and specifically the personality clash between the founders of the companies.

Unlike the US, business feuds are the very intense reality shows in China as government workings are done in the shadows and are off-limits to public discussion and media scrutiny. Antagonism in business is however done publically, and the leaders of internet companies in China are the stars, with the heads of Alibaba and JD.com in the lead.

While Liu acts like a belligerent boxer and is a tough disciplinarian and a straight talker, Jack Ma, Alibaba’s CEO, acts more like a master in tai chi and is skilled at gentle steering. Liu is in the news often with a direct speaking style and flamboyant private life, even before his arrest in the USA.

Previously, an Australian judge refused his bid to prevent his name being released in association with a case of alleged sexual assault at his penthouse in Sydney. That case did not generate as much attention online as the latest one did, mainly because Liu was not accused of any wrongdoing or charged. JD.com did however at that time repost a statement by a lawyer aimed at quelling any rumors about the case on social media platforms in China.

Liu was born and raised in the poor part of the Jiangsu province and has used his common ancestry skillfully. His family could only afford meat a few times a year and ate corn and sweet potatoes as staples for dinner. Until recently, Liu would still don JD.com’s uniform and a helmet, delivering the product on a 3 wheeler electric bicycle. He refers to JD.com’s 100,000 plus deliverymen as brothers and frequently brags about how much more his company pays them compared to its competitors.

JD.com’s growth has resulted in becoming a serious opponent to Alibaba. Recently, the companies are increasingly butting heads, competing for the growing number of wealthy online Chinese shoppers.

Both try to attract well-known brands to launch a virtual store on their platform, and the battle is most aggressive in fashion, Alibaba’s traditional stronghold. In 2015 Ma’s company won a massive victory by convincing Uniqlo, a casual wear company from Japan, to leave JD.com and sell its products on their platform. Another group of clothing merchants also recently made the move. Although the CFO of JD.com revealed that the company is still recuperating from this defection, Alibaba denies pressurizing any brand into exclusivity arrangements.

It is well known that the men don’t like each other, and Ma is reported as having predicted that JD.com will ultimately end as a disaster, as the company’s business model is too capital and labor intensive. On the other hand, Liu has accused Ma of not nearly doing enough to prevent fakes on its platform. Alibaba denies this charge.

It is therefore not surprising that many internet users in China respond to Liu’s arrest by posting photographs of a laughing Ma.

JD.com share price closed at US$27.11 on Friday. It’s down dramatically from a 52 week high of $50.50 as a result of trade tension between the United States and China that are seen as economically disastrous for both nations, but not by President Trump who insists that he has the upper hand. Yahoo has a $41.36 Twelve months price target on JD.com.

We at WallStreetRebel.com believe it’s just too risky to speculate on  JD.com. Sit tight, let’s see if there are any sign of Richard Liu can turn this situation around and if President Trump can pull his head out of his ass long enough to recognize that no one wins – trade wars.