Restoration to the Pre-Pandemic Economic is Not Possible. 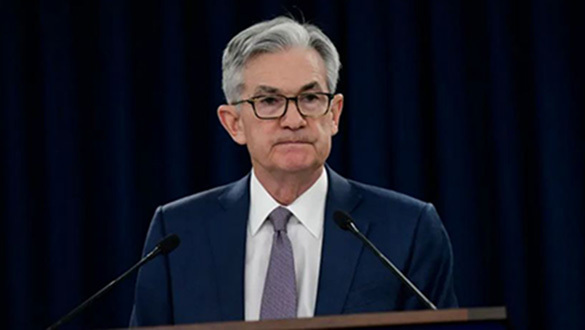 Powell told a gathering of students and educators that the pandemic may be a historical turning point that allows today's pupils to convert their teachings into "deep instruments of change.”

The Federal Reserve's Chairman, Jerome Powell, said on Tuesday that the COVID epidemic has irreversibly altered the United States' economy, and that it is critical that the central bank adjust to these changes as soon as possible.

“We are not just returning to the economy that existed before to the pandemic,” Powell said at a virtual town hall for educators and students hosted by the Federal Reserve.

“We must keep a close eye on the economy as it continues to recover from the epidemic and attempt to comprehend the ways in which the economy has changed and the consequences of these changes for our policy.”

Powell said that, although it is not yet known if the delta version of COVID would have a further effect on the economy, the nation has already seen major changes when the epidemic started closing down the country in March 2020.

This includes anything from a rise in remote employment to restaurants providing more take-out meals to real estate brokers learning how to display houses online, as he said in his presentation.

In order to respond to the difficulties posed by the pandemic, several businesses have already made significant investments in technological infrastructure.

“It seems to be a near certainty that there will be much more remote work in the future,” Powell said.

“It's going to alter the nature of work and the manner in which it is completed.”

Powell said that because of the significant investment made by businesses in new technology, there will be more employment in the future connected with maintaining that technology, but that there will also be possible job losses in sectors that rely on face-to-face interaction.

It's possible that some of those sectors may adopt a "automatic, no-contact approach," according to him.

Currently, this tendency is reflected in employment statistics, with the recovery being slower in sectors that depend on public contact, such as travel and tourism, leisure, and hospitality.

Powell pointed out that these are occupations that are disproportionately held by women and people of color, and that they generally pay lower salaries.

According to him, “it is possible that some of these individuals may have a more difficult time re-entering the workforce if they do not get further education and training.”

He said that there are millions of individuals who have lost their employment in the service industry and are still looking for work and who need assistance.

According to him, "it's a component of the healing process that is far from complete."

According to Powell, who spoke to a group of students and educators, the epidemic may prove to be a historical turning point that will enable the present generation of students to transform the lessons they have learned into "deep instruments of change."

Students who have lived through the epidemic will have a new perspective on the world, according to him.

"While more people are getting vaccinated, the pace of vaccination has slowed," Powell explained. "A couple of months ago, we were ahead of many other similar countries in vaccination. Now we're falling behind, and one result you're seeing is the current outbreak of the delta strain that we're seeing in some parts of the country."

'You have seen a world that has been turned upside down, but you have also witnessed a world that is quickly changing — often more in a week than some of us have witnessed over the course of decades,' he added.

According to Powell, “This is an exceptional moment, and I think that it will result in an incredible generation.”

It is a tradition begun by Ben Bernanke, one of Powell's predecessors as Fed chairman, and maintained by Janet Yellen, a former Fed chair who is now Treasury Secretary, who will speak at the town hall.

Its goal is to draw attention to the significance of classes in economics.

The minutes of the Federal Reserve's July meeting will be released on Wednesday by the central bank.

Investors will be paying careful attention for any indications of when the Federal Reserve may begin to reduce its support for the economy.