Republicans are Calling for Impeachment of the President 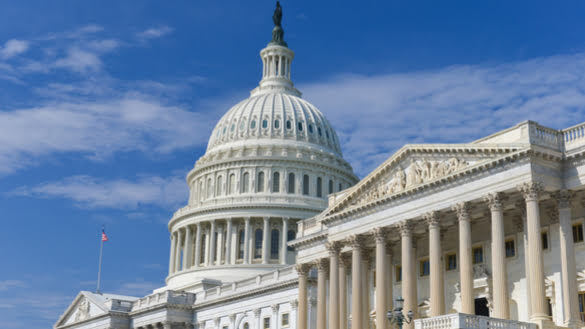 Republicans in Congress are calling for President Biden to be removed from office after the deaths of 13 U.S. military members in a terrorist attack during the withdrawal of U.S. forces from Afghanistan.

Republicans in Congress are calling for President Biden to be removed from office after a terrorist assault during the withdrawal of U.S. troops from Afghanistan claimed the lives of 13 American military members and at least 170 civilians.

They are asking for his resignation, impeachment, and even the invocation of the 25th Amendment to bring his presidency to an end.

Representative Marjorie Taylor Greene (R-GA), who called for Biden's impeachment; Rep. Madison Cawthorn (R-NC), who urged Biden's Cabinet to remove him from office via the 25th Amendment; and Sen. Josh Hawley (R-MO), who demanded Biden resign, are just a few of the Republican lawmakers pushing for Biden's ouster.

Other Republicans, on the other hand, are pushing for action. Rep. Jeff Van Drew (N.J.), a former Democrat who now represents the Republican Party, presented a motion on Friday to condemn President Joe Biden.

Tom Rice (S.C.), one of the ten House Republicans who voted to impeach Trump following the January 6 elections, called on Biden to "resign and give over his duties to someone capable of doing the job."

Rep. Jackie Walorski (IN), the top Republican on the Ethics Committee and a potential candidate for a leadership position next year, felt the same way.

"As the president has said repeatedly, the buck stops with him – and I agree. The buck must stop here. President Biden has demonstrated that he is unfit to serve as commander-in-chief and, therefore, must resign,"

Of course, President Biden is not going anywhere.

The House Democrats, headed by Speaker Nancy Pelosi (D-CA), have no intention of impeaching the leader of their party, particularly when they are attempting to pass billions of dollars in domestic spending to extend the social safety net.

Republicans, by calling for Biden's impeachment and resignation, are attempting to show to their base how they would act as a check on the Biden presidency if voters elect them to control the House of Representatives and the Senate in the 2022 elections.

Biden's bungled, chaotic, and now deadly management of the United States' departure from Afghanistan is widely seen as a colossal military and political catastrophe that will help the Republican Party retake control of the House of Representatives in the next elections.

"There's not a member of Congress on either side of the aisle who doesn't think that Republicans will be back in the House majority."

" An Afghanistan war veteran and leadership ally told The Hill. "But now the Senate is in play too as voters demand a check on the dangerous and reckless Biden administration."

The Senate is now in play, as people demand that the dangerous and irresponsible Biden administration be checked.

Additional evidence suggests that Republicans see the harsh, often over-the-top language as smart politics, remarkably when increasing polarization between the parties and a lack of motivation for them to be voices of moderation in the political arena.

A growing number of Republican legislators with aspirations for higher office are joining the chorus of voices asking for Biden's resignation.

Representative Lee Zeldin, a Republican running for governor of New York, as well as Reps. Vicky Hartzler and Billy Long, both of whom are competing for the Republican nomination to fill a vacant Senate seat in Missouri, are among others who have declared their candidacy.

Biden "should resign as soon as possible."

Long told The Hill that the president's press conference should have been limited to four words: "I resign effective immediately."

"He made the fatally flawed decision to ignore his military personnel, his intelligence people, and the Intelligence Committee in the House when they all told him that abandoning Bagram Air Base before all embassy personnel, Americans who wanted to leave, and our Afghan allies were safely extracted before we pulled our troops out would be an unrecoverable, unmitigated disaster."

Rep. Kevin McCarthy of California and Senator Mitch McConnell of Kentucky, the two most powerful Republicans on Capitol Hill, have not supported such drastic steps. They are both Democrats.

The Republicans are putting all of the responsibility at Biden's feet. Still, they have chosen to communicate in a more constrained manner about how Republicans would act as a check on his administration if they controlled Congress.

Speaker Nancy Pelosi is under pressure from McCarthy to call the House back into session for more classified briefings and vote on legislation that would delay the self-imposed August 31 deadline for withdrawing U.S. troops from Afghanistan until all Americans who wish to leave have been evacuated.

Representative Mike Gallagher (R-WI) introduced legislation prohibiting military reductions in Afghanistan until the president certifies that all U.S. citizens and permanent residents have been removed from Afghanistan.

However, if the Defense Secretary decides that U.S. troops are amid "imminent hostilities," an exemption would be made.

Backed by worries that the security situation would worsen further and put more Americans in danger, President Joe Biden is adamant about sticking to Tuesday's deadline, which was an extension of the initial May 1 deadline that the Trump administration agreed with the Taliban last year.

McCarthy, ever aware that he does not want to alienate his party's right flank in his pursuit of the Speaker's gavel, did not shut down Republican demands for Biden's resignation or impeachment from the floor.

During a press conference at the Capitol on Friday, McCarthy said, "There will be a day of reckoning."

About Tuesday's deadline, McCarthy went on to say, "Right now, in the next five days, everyone's duty should be focused only on retrieving the Americans."

Once that day comes, you may do whatever you want to punish those responsible for the acts that have been done, the falsehoods that have been said, the mix-decisions that have placed Americans in danger, and the judgment to abandon those who have been left behind."

Greene's call for Biden's impeachment, on the other hand, was quickly rejected by McConnell.

When asked whether he agreed with Greene's demands for impeachment, McConnell informed a Kentucky television station that he did not.

"I don't usually respond to those sorts of remarks made by members of the House," says the Speaker.

While many Democrats have expressed dissatisfaction with Biden's handling of the evacuations from Afghanistan, they have generally backed his decision to remove U.S. soldiers from the nation after 20 years of war.

According to a spokesman for House Speaker Nancy Pelosi, McCarthy's call for the House to return from recess is counterproductive, arguing that the proposal to prevent the further withdrawal of U.S. troops would "tie the Commander in Chief's hands in the middle of the most dangerous days of the operation."

Despite this, some Democrats are attempting to disassociate themselves from the botched evacuation operation.

Afterward, Democratic Senator Susan Wild (PA), one of the party's most vulnerable members going into the 2022 midterm elections, said she would seek to "get answers from the Biden Administration about what went wrong."

The moment had come, in my opinion, for the United States military to withdraw from Afghanistan, and we could no longer justify putting American service members in harm's way for an unwinnable war," said Secretary of Defense Ashton Carter.

It seems that the evacuation procedure has been egregiously mismanaged at the same time, which is concerning. "Wild announced in a statement.

Democrats, on the other hand, continue to reject demands from the right to remove Biden from his position.

In response to a tweet from Hawley asking for Biden's resignation, Rep. Eric Swalwell (D-CA), who served as one of the House prosecutors during President Donald Trump's impeachment proceedings after the January 6 rebellion, had a harsh reaction.

"You raised your fist to signal approval to violent insurrectionists. Sit down".