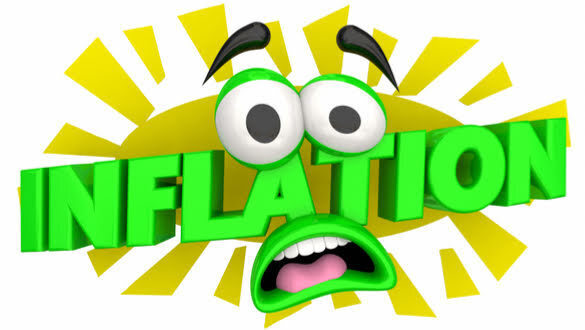 According to some estimates, the Consumer Price Index statistics announced on Thursday might show the largest yearly price rise since the beginning of 1982.

The Consumer Price Index is predicted to jump 7.2 % year on year on Thursday. A crucial inflation indicator being out Thursday morning is anticipated to reveal that prices have continued to rise at the quickest rate in 40 years.

However, the statistics might indicate some reduction in how much expenses rise each month, which could be a silver lining for consumers as they wait for pricing pressures to ease after a harsh year.

Economists anticipate that the Consumer Price Index for January will indicate that prices increased by 7.2 % over the previous year, up from 7 % in December. That is the quickest time since February 1982.

However, prices are estimated to have risen 0.4 % in January compared to the previous month. That is very fast, although it is a slowdown from the highest monthly gains last year, which reached 0.9 %.

Forecasters predict that inflation will fall significantly in 2022, with many expecting it to end the year closer to 3%. However, analysts often expected that price increases would fade swiftly in 2021, only to be disappointed as soaring consumer demand for products clashed with roiled global supply networks that couldn't scale up production quickly enough.

The recent increase in food, fuel, automobiles, and other goods prices has become a problem for both the Federal Reserve, which is in charge of keeping prices stable, and the White House, which has found itself on the defensive as rising costs eat away at household paychecks and detract from a strong labor market with solid wage growth.

The White House press secretary attempted to put a good gloss on the statistics on Wednesday, noting that the data due out Thursday will most certainly show a high reading for the year, but that the trend is for prices to fall.

"Given what we know about the prior year, we predict a high year inflation rate reading in tomorrow's report," Ms. Psaki said, adding that "it's not about current developments."

"Inflation is likely to fall — and moderate — during this year," she added.

Nonetheless, the latest statistics may heighten the pressure for the Fed to begin weaning the economy away from the ultra-low interest rates that have been in place since March 2020.

Fed officials have indicated that they will begin increasing interest rates at their next meeting. Higher interest rates may reduce consumer and company expenditure by making it more costly to finance the purchase of a vehicle, home, or equipment. Policymakers have also indicated that they would soon begin to reduce their bond holdings on their balance sheet, which will raise longer-term interest borrowing rates and further slow the economy.

What to Expect From the Inflation Report Thursday