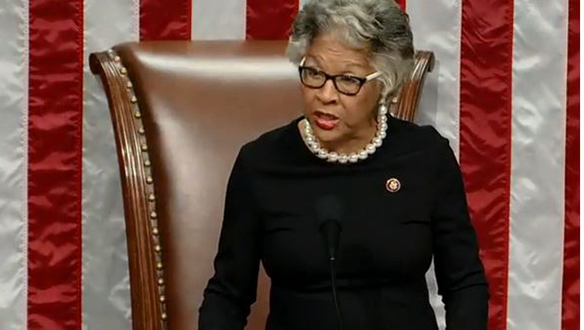 Members of the Congressional Black Caucus, including House Minority Leader Rep. Joyce Beatty, were among nine protestors detained on Thursday afternoon. They called on the Senate to approve voting rights legislation.

Rep. Joyce Beatty of Ohio, a Democrat who serves in the United States House of Representatives, was detained by Capitol Police on Thursday for holding a demonstration in favor of voting rights.

As Chair of the Congressional Black Caucus, Congresswoman Beatty has a unique position.

She posted pictures of her detention on Twitter with the caption, "I was arrested." "Allow the people to have their say.

Fight for the right thing to do."

The demonstration was planned to persuade the United States Senate to approve the "For the People Act," passed by the House of Representatives back in March.

Senate Republicans filibustered the measure last month, effectively shutting off discussion when it failed to get 60 votes.

As she was being zip-tied and taken into custody, she and her fellow protestors shouted, "Fight for justice!"

Capitol Police issued a statement to the public on Twitter saying that the protesters had been warned three times to stop before they were arrested for violating a D.C. law that prohibits "crowding, obstructing, or incommoding" and prohibits demonstrators from "resuming engaging in a demonstration after being instructed by a law enforcement officer to cease engaging in a demonstration."

Even though the buildings in the Capitol complex are currently restricted to the general public, members and employees are permitted to invite visitors inside the complex.

A wide-ranging voting and elections reform measure that was stalled last month, as well as the John Lewis Voting Rights Advancement Act, were the focus of Beatty and the protesters, who called on the Senate to approve both bills.

The latter measure, which restores a section of the 1965 Voting Rights Act that was struck down by the Supreme Court, is still in the early stages of development, and the House is likely to vote on it in the autumn.

But there is little hope for the John Lewis Voting Rights Advancement Act, named after the late congressman and civil rights hero. The bill is unlikely to pass the Senate.

To pass legislation in the Senate, it needs 60 votes, and Democrats have a 50-seat majority.

If the measure is presented to the Senate floor, it will fall well short of the 60-vote requirement since just one Republican, Senator Lisa Murkowski has expressed support for the legislation.

The elimination of the filibuster, which would enable legislation to be passed with a simple majority, has been demanded by activists on Senate Democrats.

On the other hand, that rule change would need unanimous approval from all Democratic senators, and at least two have stated their opposition to doing away with the practice.

In a meeting on Thursday with a group of Texas House Democrats who had left their state to stop contentious voting rights legislation, Senator Joe Manchin, one of the most vocal opponents of removing the filibuster, expressed his support for preserving the institution.

Texas legislators have been visiting with members of Congress in Washington in an attempt to persuade them to support federal voting rights safeguards.

As Manchin explained, "we work with the Voting Rights Act, which we had started in 1965, and with what we've evolved into, and we basically make a single bill, one piece of legislation, that protects the rights to vote, the procedure of voting, democracy, the guardrails on democracy, and that's all there is to it."

According to the author, "Neither Republicans nor Democrats should be in opposition to it."

After the discussion, Manchin told reporters that he and the Texas lawmakers were "completely in accord" about their objectives, which were "essential to preserve voting rights in the state." 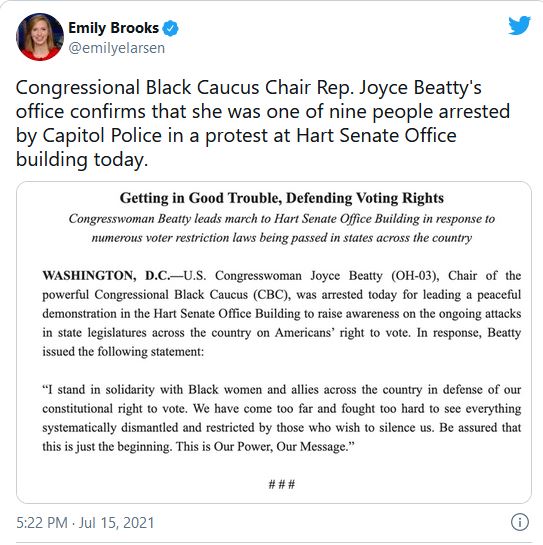