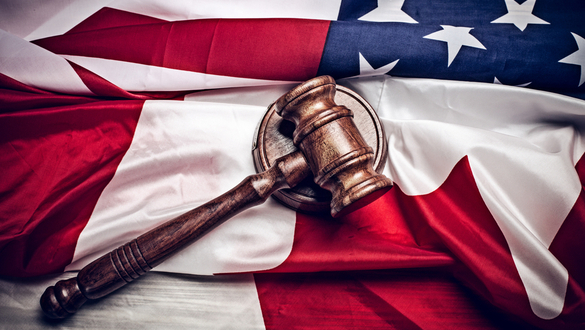 The reality is that there are many people with access to both the Mueller Report and President Trump’s tax returns who are going to going to release every shocking detail; it’s just a matter of time.  Tick, tock.

The former House Intelligence Committee chairman, and now ranking member Congressman Devin Nunes told Fox News' he is preparing to send eight criminal referrals to the Department of Justice this week.  The referrals concern alleged misconduct from "Watergate wannabes" during the Trump-Russia investigation, including the leaks of "highly classified material" and conspiracies to lie to Congress and the Foreign Intelligence Surveillance Act (FISA) court.

Nunes and others believe his doing so mat to uncover the different origins of the narrative that the Trump campaign colluded improperly with the Russian government. Meanwhile, President Trump recently told Fox News he would release the entirety of FBI FISA applications to surveil one of his top aides and other related documents.

Nunes said he has been working on the referrals for more than two years, and wanted to wait until the confirmation of Attorney General Bill Barr. The explanation amounts to total nonsense. Nunes, however, went on to say…

"We're prepared this week to notify the attorney general that we're prepared to send those referrals over. First of all, all of these are classified or sensitive. ... Five of them are what I would call straight up referrals -- so just referrals that name someone and name the specific crimes."

"Those crimes are lying to Congress, misleading Congress, leaking classified information. So five of them are those types."

House Freedom Caucus Chairman Mark Meadows, R-N.C., touched off a firestorm last August after claiming on Twitter that his office had "hard evidence" suggesting the FBI leaked information to the press and used the resulting articles to help obtain surveillance warrants. The claim stemmed in part from FBI intelligence analyst Jonathan Moffa’s Friday testimony behind closed doors before the House Judiciary and Oversight committees.

Nunes, Meadows and President Trump seem to believe that they are going to get away with trying to go after the FBI and Democratic lawmakers in hopes of taking attention away from the fact that is keeping anything as explosive as the Mueller Report and Trump’s tax returns from reaching the American public. It’s just not going to happen. Washington’s lawmakers, civil servants, and citizens are just not going to sit by and allow the GOP and President Trump get away with one cover-up after another.

The Trump Administration has few secrets since its own members can’t keep their mouth shut.

Authorities in New York State’s Attorney General Office, Manhattan DA, and Federal prosecutors in the Southern District of New York State are all over Donald J. Trump and his businesses and personal finances. With scores of people in the process and a media around the world willing to publish anything that lands in their emails and mailboxes – anyone betting on Nunes or any Trump loyalist stopping the facts from coming out, is out of their mind.