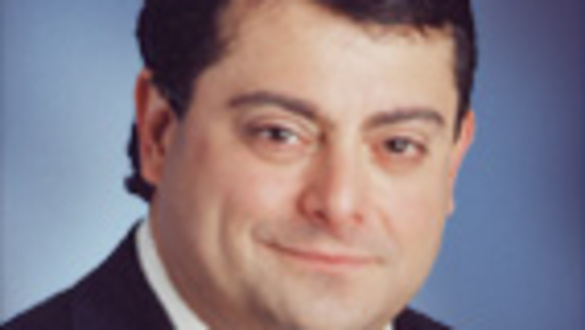 “It’s all fake news”… according to President Trump. And, up to now the President has been able to convince his base of supporters, and the world’s financial markets that there’s no real threat to his presidency. However, there are clear signs that “Teflon Trump”  is entering a very dangerous time window that could literally evaporate his current 85% GOP approval polls and along with it -- the bullish sentiment on Wall Street.

The danger isn’t just to Trump’s presidency, its growing daily for his three oldest children on many fronts…   Throw on top of all this…

A trade war with our closest allies and China that Trump's former economic advisor Gary Cohen has warned will wipe out the benefits of the GOP tax cut.

Rising interest rates - and you have a recipe for a brutal 10% or 15% drop in the S&P 500 between now and the mid terms in November.

As a result, this is Wall Street Rebel's first Red Alert.

Our Erlanger Chart Indicators are confirming the danger. We’ve already seen the S&P make two prior attempts to break out over 2750. The S&P is currently trading at 2783. If we fail and fall back below 2750 a third time, the likelihood of a 10% or greater correction grows exponentially.

We currently have July S&P PUTS in place via a recommendation through Options Index Trader  anticipating that we’ll first see the S&P pull back from 2780+ to $2750. If this happens, that trade will likely net our Options Index Trader subscribers more than a 50% - a nice gain when the market drops only2%. But the real opportunity could be a 10+ Bagger, a 1000% + if the dark days we see ahead for Trump and family materialize before the end of July.

For those of you who don’t and will not speculate with options to rack up some serious profits or to hedge your equity portfolio, follow my lead and reduce your exposure to equities to just 25% of your portfolio in preparation of a correction.
We expect the market to bottom after the 2018 Midterms and to give all of us a second chance to ride the market back up. We’re also expecting after the S&P correction we are a rally back to its recent 52 week high of 2872 and beyond.

So if you’re not a subscriber to Options Index Trader please consider this a formal invitation to subscribe and take advantage of our 60 Day subscription guarantee. For 2018, we have 5 winners to 1 loser. That is a batting average of 83%. Pretty good right? But that is very close to our historical average of 79%. So for the year we are up 105.20% or an average of 17.53%. Our one loser fell by -9%.