Rebel Yell: Viacom (VIAB) Is A Strong Buy With a Target of $65 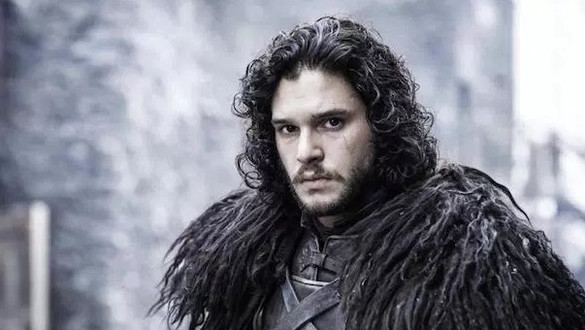 My ErlangerChartRoom.com weekly and daily charts are point to a rally, perhaps a much anticipated buy out on the horizon. Viacom (VIAB) has been immersed on a modern day King Lear drama as different parties for and against fight to oust, retire, replace or take control of 93 year old media Barron Sumner Redstone's company. While the struggle has been taking place, the firm tremendous media assets which include some of the most recognized media assets like...

...to name just a few of the more than 500 media properties Viacom owns here in the United States and around the world, that have been underperforming.

Sumner Redstone is caught in a power struggle has made it clear that he will not allow the company to be sold off piece by piece. Redstone or as some speculate his daughter, prefer to wait for a deal that encompasses the entire company.

This preference is likely giving a green light for perhaps a company like Liberty Global plc (LBTYB) an American, British-based telecommunications and television company. It was formed in 2005 by the merger of the international arm of Liberty Media and UGC (UnitedGlobalCom), and is one of the largest broadband internet service providers in the world.

Liberty Global's Chairman Billionaire John Malone is on record as stating Viacom’s assets are “substantially undervalued” as a fight rages for control of the media giant just last week. He owns shares in Viacome and my partner Geof Garbacz read an article highlighting this several weeks ago.

Another viable buyout player could be Verizon (VZ) that just purchased Yahoo for $5 billion and is aggressively adding both Internet and Media assets.

The weekly EC Spread started to turn bullish back in October but since then has languished has now turned up indicating we may be approaching the annoucement of a legitimate bid for the company. Any firm that buy's Viacom could easily sell off some of the assets acquired to pay for the deal after a buyout is complete. 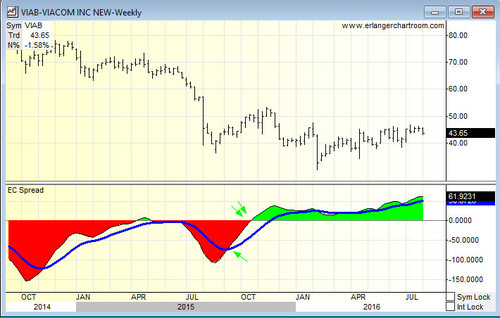 There have a few parties very interested in the Paramount film and TV assets. Liberty Global and Verizon are just two of several companies that could easily pay over $65 a share for Viacom. 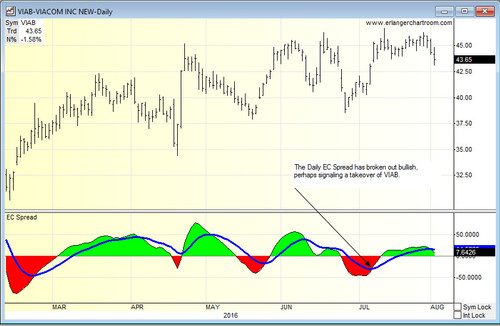 Viacom (VIAB) is a sitting duck at $46 a share with $19 or more upside and this is why recently we recommended the stock in our Morning Matters Portfolio and are making you aware of this analysis.