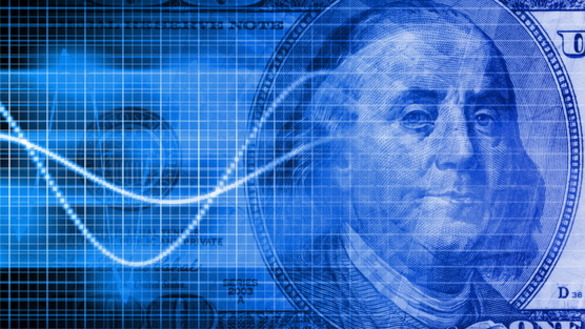 The March FOMC statement was dovish with no rate increase as we expected. In addition, the maximum number of possible rate increases for 2016 has been reduced to two from four; this again fits what we have been predicting . This would leave an increase at the June meeting as the most likely one if the next employment reports are positive. Despite recent speculation that any rate hikes will be delayed until the end of the year, we believe that the Fed will want to avoid major moves as we near the Presidential election to avoid accusations of partisanship. Thus, we continue not to expect any increases after the June meeting until the December meeting at the earliest.

However, unless the employment numbers weaken or deflationary pressures arise, the Fed will not reverse its current course of tightening, only pause until the election passes. The real question is how quickly and how strongly the path of raising rates will be. If the tightening process is extremely gradual, it can be halted or even easily reversed if the economy stalls. Uncertainty will remain with fear of a prolonged rise in rates as we experienced in 1994, albeit over a more extended time frame.

With the new dissent of Esther George, the Kansas City Fed President, the battle between Hawks and Doves still has no resolution in sight. Hawks are still pushing for a quicker rise in rates, and the Doves are advocating a more cautious approach. Liquidity continues to decrease as the investing public is hesitant to take major positions until this uncertainty is resolved.

The discontinuation of quantitative easing and the beginning of conventional tightening by the Federal Reserve has been balanced by extreme quantitative easing by the rest of the global central banks, especially recent moves by the European Central Bank, the Bank of Japan, and People’s Bank of China. This delicate balance has allowed the domestic equity markets to stabilize in a broad, volatile trading range.

China uncertainty remains a serious problem as does the widening Shiite-Sunni cold war between Iran and Saudi Arabia. The transparency in both situations is quite limited. As we have said in earlier commentaries, the financial markets remain vulnerable to an exogenous event which could destabilize the situation and result in a far more serious bear market.

Oil prices have experienced a significant bounce which has led to a recovery in the domestic equity markets. The two appear to be closely correlated. It remains to be seen if this is the bounce that we anticipated or a new stabilization in a lower price range. Overseas uncertainty prevented a much anticipated year-end rally and contributed to one of the worst performances by the equity markets for a new year since 2008. This market rally might be also just part of a new volatile trading range in the equity markets.

I say this because if oil prices increase and if the equity market stabilizes, it increases the likelihood of the FOMC to raise rates assuming employment numbers do not deteriorate. It may be gradual enough not to cause a serious bear market but could prevent any resumption of the bull market in equities until the Fed completes the tightening process.

We have in past commentaries referred to the “Greenspan Put”, a scenario in which the Fed would ease aggressively as the equity markets weakened to prevent a serious economic downturn. We may now be experiencing the opposing corollary, the “Yellen Call”, a scenario in which the Fed tightens gradually as the equity markets strengthen as long as the economy does not deteriorate. This appears to be the most likely outcome.

Our conservative equity strategy signals are split with one being positive and the other two negative. Our Equity Market Trend Indicator remains negative, and our aggressive strategy remains positive. We do not anticipate anything other than violent short-term rallies until the Fed clearly puts tightening on hold for the foreseeable future and until international stabilization occurs. Remember that markets hate uncertainty! Read more at www.channelcapitalresearch.com