Rebel Yell: China's Promises of Trillions in New Investments in its Infrastructure Have Yet To Materialize 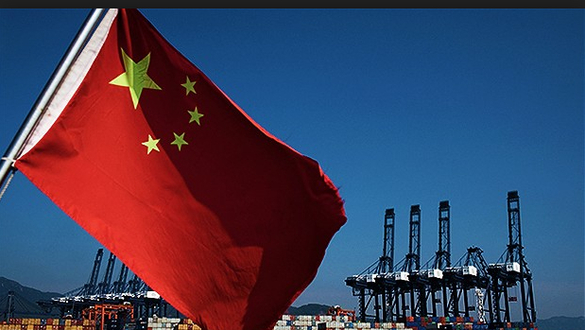 The slowing Chinese economy has been one of the key concerns for investors and traders around the world during the past two years. China has spooked the world's financial markets and triggered two 5% declines in the key U.S. indexes.

China's slowdown has also taken a toll on the commodities market. Slackening Chinese demand for copper, oil, and potash, for example, has helped knock the market prices for those down by more than 50%. 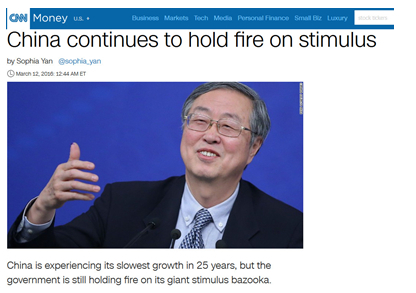 The slowing Chinese economy has caused massive capital outflows and forced China to devalue its currency. China's foreign reserves shrank by approximately $29 billion in February to $3.2 trillion. That decline is much less steep than the alarming drops of $99.5 billion in January and $108 billion in December.

Zhou Xiaochuan, a governor of the People's Bank of China, said during a press conference on Saturday, March 12th that he believes the Yuan has stabilized, and expected the massive capital outflows to continue to slow.

Zhou opined further that China should still be able to reach its economic growth target for 2016 of between 6.5% to 7% without taking any monetary or fiscal action.

Yet, China has made some big stimulus promises in the past two years that have not materialized. China has promised two trillion dollars of spending on long term investments on domestic transportation, energy, and regional development projects that have, as of yet, shown no signs of occurring.

I believe Beijing panicked toward the end of last year. The dramatic draw down in its foreign reserves and forced devaluation pushed Chinese policy makers to hold back on the planned domestic spending.

The Chinese decision makers were likely concerned about the already inflated debt levels of the country's local governments and business sector, so they decided to delay spending that would have added a sizeable increase in debt.
Instead, Chinese policy makers decided to employ smaller, more targeted stimulus measures. The unannounced shift from a “shock and awe” approach to stimulus gave way to a more restrained strategy. That caught currency speculators and hedge funds to take well over a billion dollars in losses.

Many professional traders were convinced China would spend on the county's infrastructure, increase its debt, and that would continue the Yuan's swan dive, perhaps forcing another Yuan devaluation.

However, if Zhou Xiaochuan is right and the Chinese Yuan is finding new stability, betting against the currency and Chinese economy may be a huge mistake going forward.

Despite the slowest economic growth rate in 25 years - a growth rate of 6% to 7% should be strong enough to increase China's demand for commodities and result in better than expected worldwide economic growth. That would portend for better economic numbers here in the United States for the balance of 2016 and through 2017.

The proof is in the pudding, of course, and some upward revisions in U.S. companies' earnings tied to Chinese exports would make investors believers again. Until then, investors should resist from betting on or against China. Keep your powder dry until the picture clears. 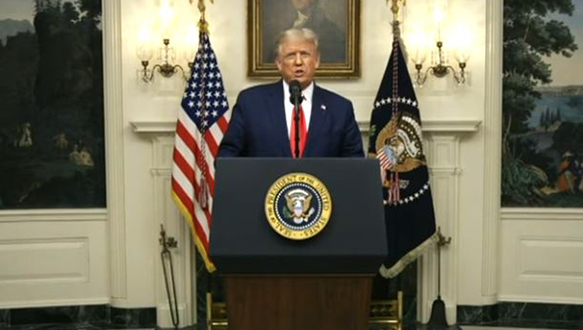 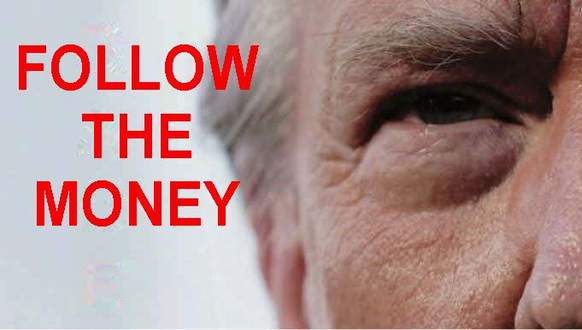 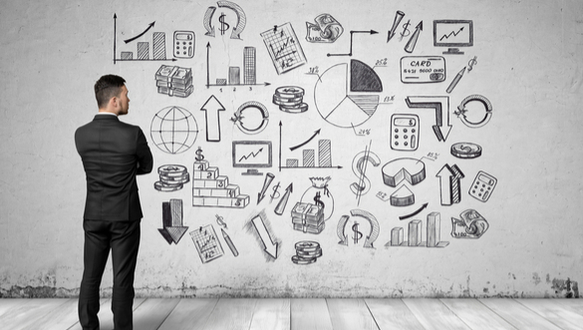