Raising the Inflation Goal Could Result in an Employment Boom 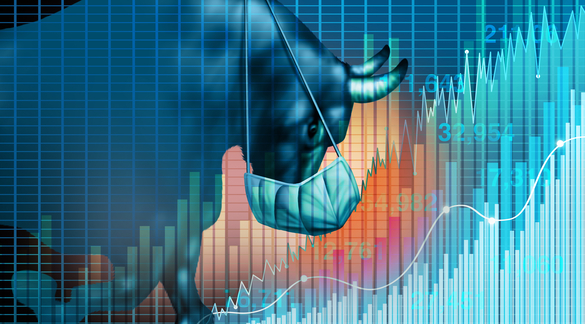 The Federal Reserve is currently dealing with an inflation problem. Still, two former senior staff members at the United States central bank argue that continued higher prices in the future may be what is required to shift the entire economy to a higher plateau and deliver a jobs boom that benefits the greatest number of people.

Several former Federal Reserve officials, including former Federal Reserve Chair Janet Yellen's special adviser David Reifschneider, argue in a new research paper that once the coronavirus pandemic has passed. The Fed can raise interest rates to more normal levels; the Fed should raise the national inflation target from 2 percent to 3 percent and use a shock treatment of surprise rate hikes to bring inflation back to the target.

According to the two economists, who are now affiliated with the Peterson Institute for International Economics, "the unemployment rate may average 0.75 percentage point or more below its sustainable level over the first 15 years after the higher goal is proclaimed."

According to their estimates, this would result in an extra 1.2 million or more people being employed per year throughout this period.

Increased inflation "may also contribute to the reduction of racial and other disparities," the authors found, since it would allow people to remain in their jobs for longer periods of time and get more experience and training.

Both economists believe it is possible to manage risks, such as financial bubbles caused by loose credit or a potential recession triggered by rate hikes to combat an increase in inflation. They believe it is worthwhile to do so because there will be "a marked boom in employment and output during the transition period."

After rising to 3.5 percent on an annual basis in June, the core personal consumption expenditures price index (PCEPI) has sparked a discussion at the Federal Reserve over whether higher interest rates would be needed sooner than originally expected to keep inflation under control.

Wilcox and Reifschneider published their article about a week before the Federal Reserve's major annual research conference held in late September at Jackson Hole, Wyoming.

In addition to a comprehensive discussion of the epidemic, the conference is scheduled to feature a look at the efficacy of the Federal Reserve's new monetary policy framework, which was adopted just a year ago.

The idea of raising the inflation goal, which is politically contentious and may conflict with the Federal Reserve's statutory purpose of "stable prices," was expressly excluded from the discussion over the new framework from the beginning of the process.

Despite widespread agreement that the Fed's 2 percent inflation target is reasonable for preventing the economy from succumbing to the opposite problem of falling wages and prices - deflation - the central bank's inability to raise inflation to that level over the last decade led the central bank to announce that it would temporarily allow higher inflation "for a period of time" to reach its goal on an average over the next decade.

In recent years, several notable economists have argued that the Federal Reserve should go one step further and increase the target rate indefinitely.

As a result, the Federal Reserve's benchmark overnight interest rate was pushed even closer to the "zero lower limits" when it was set at 2% at a period when global interest rates were dropping for a variety of reasons.

Because central banks had less room to lower interest rates during recessions and downturns, unorthodox measures such as asset purchases became a regular component of their toolkits to fight them.

As an example, during the pandemic-fueled recession, the Federal Reserve not only lowered its policy rate to near-zero levels, but it also began buying $120 billion in long-term assets each month to keep borrowing rates further lower in the aftermath of the disaster.

One of the most often cited arguments in favor of raising the inflation target is that doing so would enable the Federal Reserve to increase its policy rate, providing the central bank more flexibility to fight any economic slump simply via rate reductions.

Based on the findings of Wilcox and Reifschneider, the declaration of a higher objective, when coupled with actions like rate reductions to achieve it, would result in long-term economic benefits for the United States and other nations.

Moreover, they point out that the Federal Reserve's new framework called for a review after five years. By this time, according to the two, "the current surge in inflation will have long since subsided, and the unemployment rate will already be a little below its sustainable level," and able to be further reduced by another policy shift.

In the words of Wilcox and Reifschneider, "a number of academics have noted that if central banks raised their inflation targets - either individually or collectively - they would do a better job in the long run of keeping inflation at its objective and the labor force fully employed."