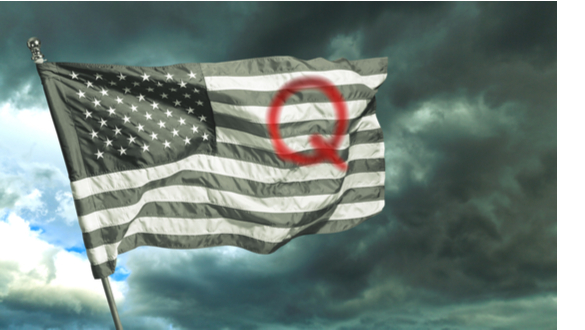 Congresswoman Lauren Boebert (R-CO) is a traitor who conspired and aided Donald Trump's "Save America" insurrectionists in their effort to hunt down, capture, and hang Speaker of the House Nancy Pelosi. These are the same insurrectionists who caused five people's deaths - including the murder of a capital police officer and were chanting that they wanted to hang Vice President Pence.

Rep. Lauren Boebert (R-CO) is known for openly being a gun-toting supporter of the QAnon movement. She is now facing the prospect of being expelled from Congress as an insurrectionist. She is also being investigated for aiding and assisting the insurrectionists facing backlash after she was accused of live-tweeting House Speaker Nancy Pelosi's (D-CA) location during the attack on Capitol Hill last week.

"The Speaker has been removed from the chambers." 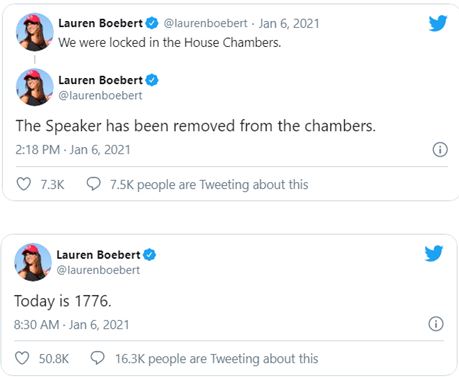 "@FBIWFO, please arrest @laurenboabert for aiding and abetting those who were hunting down @SpeakerPelosi on Jan, 6th by tweeting the Speaker's whereabouts," one person responded. "She's 5ft tall, 100 pounds and carries a Glock (and won't stop telling everyone)."

"@SpeakerPelosi, you need to have her removed with every fight that you have. This is nothing short of an attempt on your life," Tweeted another person watching events unfold. 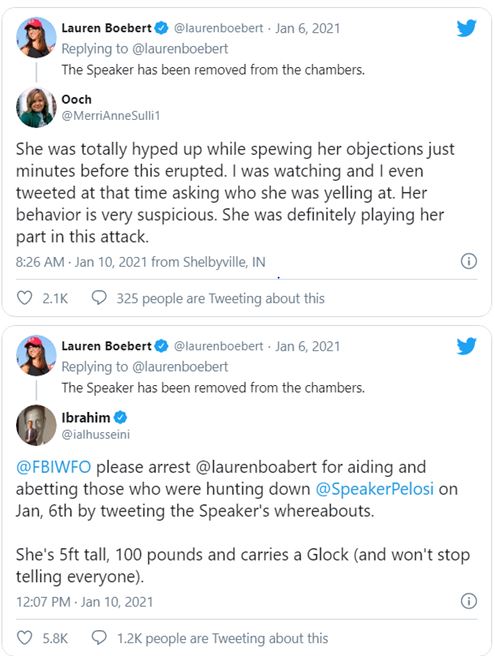 One person @IntrepedWarrior correctly pointed out that the 14 Amendment Section 3, which reads…

"No Person shall be a Senator or Representative in Congress, or elector of President and Vice-President, or hold any office, civil or military, under the United States, or under any State, who, having previously taken an oath, as a member of Congress, or as an officer of the United States, or as a member of any State legislature, or as an executive or judicial officer of any State, to support the Constitution of the United States, shall have engaged in insurrection or rebellion against the same, or given aid or comfort to the enemies thereof. But Congress may by a vote of two-thirds of each House, remove such disability." 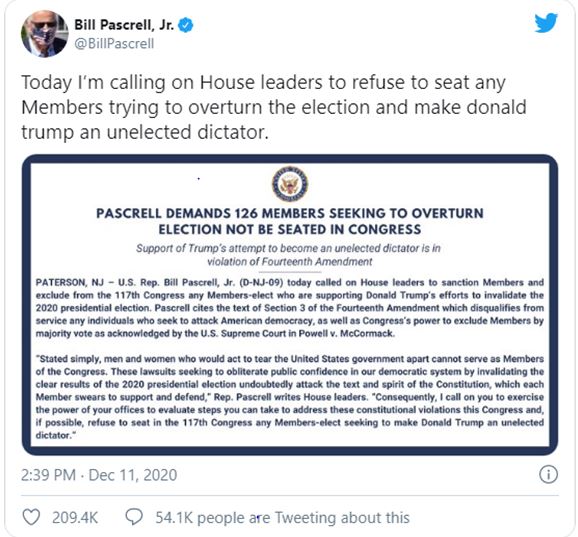 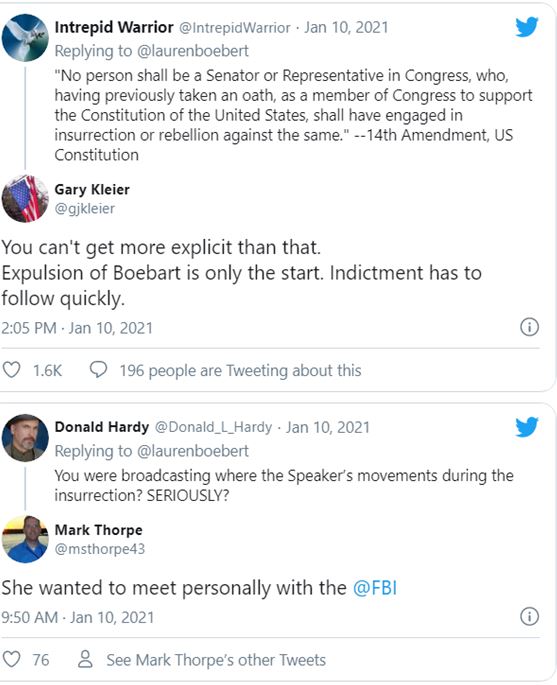 Congresswoman Lauren Boebert (R-CO) will most certainly find her name on the country's do not fly list.  She will then find out that she is under investigation by the FBO and then she could find herself arrested for her treasonous effort to help the insurrectionist's efforts in breaking in, looting, damaging, assaulting capital police officers and helping them to track down Pelosi to hold her prisoner or murder her. The later goal of murder is supported by the chants of insurrectionists to hang Vice President Pence, the numerous weapons, restraining devices in possession of the mob, murders of the two policemen and numerous social media posts stating this was the goal of the insurrectionists on several social media platforms. 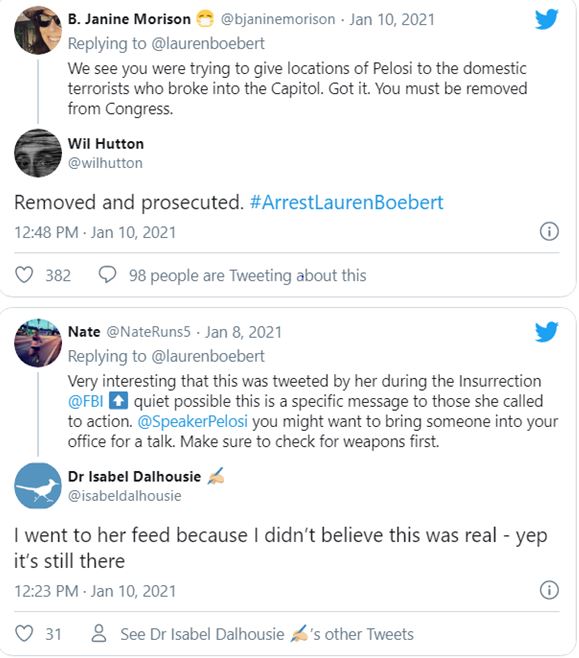 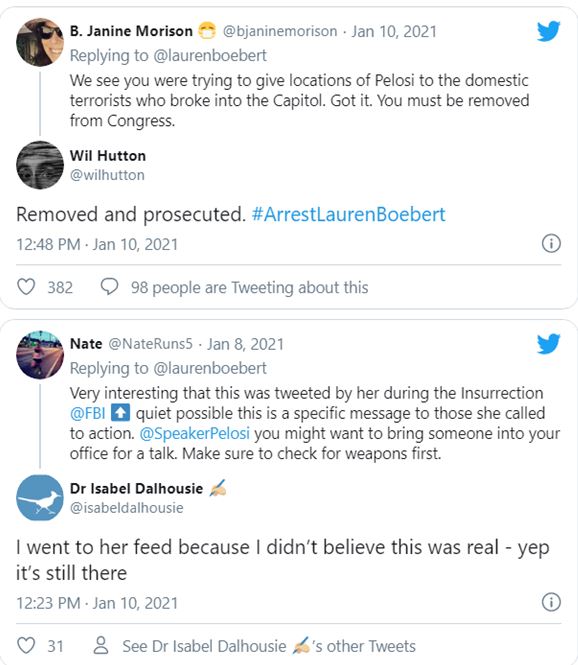 Speaker Pelosi and soon to be Majority Leader of the Senate can both declare as many House and Senate members as insurrectionists and persona non grata as they deem fit. This could amount to over 140 members of the House and Senate. The Supreme Court, much less any other lower court, would be unable to reverse the Majority Leader and Speaker of the House' decision; the only way for these individuals to be allowed back into their elected positions would be a 2/3rds of the House of Representatives.

Pelosi and Schumer could even use the 14th Amendment section 3 to remove President Trump from office.

Congress Can Remove Trump Via Section 3 Of 14th Amendment