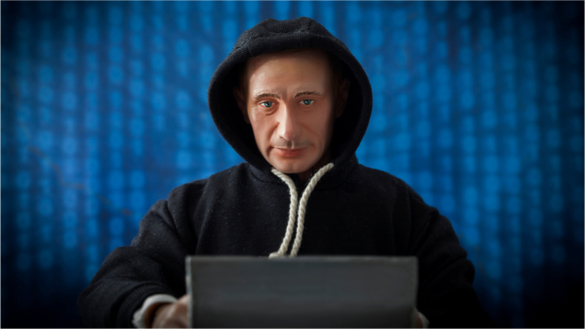 In an interview with the Tampa Bay Times yesterday, Nelson said …

“They have already penetrated certain counties in the state, and they now have free rein to move about….We were requested by the chairman and vice chairman of the Intelligence Committee to let supervisors of election in Florida know that the Russians are in their records.”

Senator Nelson is campaigning for reelection in what will certainly be one of the closest and most expensive Senate races against Florida’s current governor, Republican Rick Scott.

Recent warnings by U.S. intelligence agencies all insist the Russians have not stopped their efforts to interfere in US elections. The number of instances of Russia’s targeting Democratic candidates continues to mount. A few weeks ago, Microsoft went public with its discovery that it had intercepted efforts by Russian hackers to penetrate the campaign of Democratic Sen. Claire McCaskill of Missouri – who is also in a tough reelection battle.

Observers of Russia’s activities are starting to re-examine the results of the 2016 Presidential election. The exit polls showed Senator Clinton winning in states like Florida, Pennsylvania, North Carolina, and Wisconsin, but the actual votes showed a victory for Trump in those states. Now investigators are discovering that Russia’s GRU hackers did gain access to voting machines and infrastructure on Election Day. Trump may have been chosen by Putin rather than the American people.

Florida and Missouri are prime targets for election hacking by Russia in the upcoming mid-terms. Both are swing states and could determine which party controls the Senate next year. The Russian spy agency, the GRU, could throw the outcome of both Senate races, and many close congressional races to the GOP even if the party actually loses the election.

If Russian intelligence hackers have access to state election systems around the country in 2020, they will again alter the results of the presidential race —as they may have done in 2016.

According to a National Security Agency (NSA) report obtained by the Intercept, the Kremlin hackers successfully targeted Florida’s systems in 2016. Russian hackers successfully phished employees of VR Systems, a Florida-based elections services provider and attached malware to a genuine company operating system and other software systems that operated voter registration.

This report by the NSA was further bolstered by the Department of Homeland Security. Christopher Krebs, a senior cybersecurity official with the DHS, reported that Russian hackers scanned voter registration systems and other election-related websites in every state in search of vulnerabilities as part of their 2016 operation.

The Department of Homeland Security late Wednesday released a statement throwing doubt on Nelson’s claims, stating that the department was unaware of “any new compromises by Russian actors.”  However, WallStreetRebel.com believes that the head of the Department of Homeland Security, Kirstjen Nielsen, has proven her willingness to lie on many different matters since her assuming the job.

Her purposeful misrepresentation of known facts about the separation of families at the border and the abuse of babies and children may ultimately culminate in her being forced to resign, and perhaps, being prosecuted criminally.

Kirstjen Nielsen has also behaved as if she was a Russian asset in so far as she has shown a great propensity to lie to the American people to reinforce President Trump’s narrative that Russian election interference is a hoax. Senator Nelson’s claims should be considered serious if there’s going to be any hope of preventing Vladimir Putin from changing election results and picking those candidates he believes will serve Trump’s and Russia’s best interests.