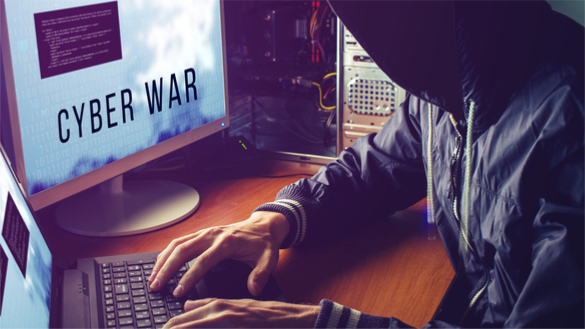 Speaking on behalf of the U.S. Justice Department and special counsel Robert Mueller's investigation of Russian interference in the 2016 election Deputy Attorney General Rod Rosenstein announced at an 11:30AM briefing the criminal indictment of 12 Russian nationals, accusing them of engaging in a "sustained effort" to hack Democrats' emails and computer networks.

All 12 defendants are members of the GRU, a Russian Federation intelligence agency within the main intelligence directorate of the Russian military, who were acting in "their official capacities."

DOJ says the hacking targeted Hillary Clinton's presidential campaign, the Democratic National Committee, and the Democratic Congressional Campaign Committee, with the intention to "release that information on the internet under the names DCLeaks and Guccifer 2.0 and through another entity."

Rosenstein said the indictment does not name any American citizen.

The indictment announced two days before Trump is due to meet Russian President Vladimir Putin — who has denied election meddling — in Helsinki for a summit that includes a one-on-one meeting with only interpreters present. The indictment directly refutes President Trump’s assertion that the Mueller's investigation of Russian interference in the 2016 election is a witch-hunt.

The announcement by the Justice Department further over-shadows the President's attempts to carve out favorable headlines and directly contradicts most if not all of the “President’s claim … “Russia is a Democratic ruse.”

One interesting point buried in the indictment of the 12 Russian GRU intelligence officers refers to candidate Trump publically asking for Russian assistance on July 27, 2016 …

“Russia, if you’re listening, I hope you’re able to find the 30,000 emails that are missing,” Mr. Trump said during a news conference here in an apparent reference to Mrs. Clinton’s deleted emails. “I think you will probably be rewarded mightily by our press.”

Mueller's investigation of Russian interference apparently has evidence that one or all of these 12 Russian GRU intelligence officers immediately began “spearing” Clinton Campaign servers in an attempt to steal data. In other words at Trump’s direction, Putin’s hackers and spooks went right to work.