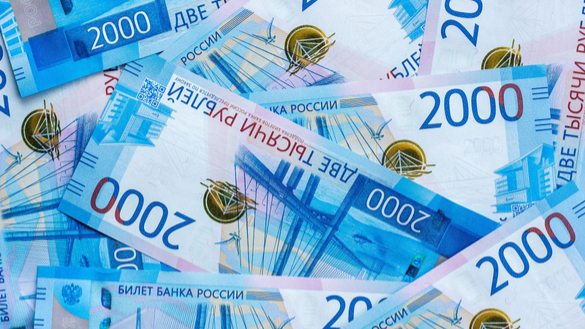 Cyber warfare when waged covertly by a corporation, organization or individual is an act of terrorism and an act war when committed by a state. Russian President Putin has his Military Intelligence GRU hackers working every day to not only flip another election by literally hacking the voting data and changing votes in November.

Putin’s hackers are now both focused on changing votes and figuring out how to shut down our …nations electrical grid… communications networks… and how to wipe out all of our bank accounts and even shutting down Wall Street for a few weeks according to Dan Coats the Director of National Security and a new warning from U.S. national security agencies. Why is Putin so desperate to change U.S. foreign policy and have U.S. sanctions lifted?

Russia's economy is STILL the world's eleventh-largest. Following a period of recession, it managed to return to growth last year despite Western sanctions widening. Russian President Vladimir Putin, who secured a fourth term in the March 18, oversaw a period of economic growth during his first two terms in office (2000-2008), boosting incomes across Russia. Historians agree those years during his first term are looked back on as a welcome change from the financial chaos of the 1980’s and 1990s when many Russians saw their savings evaporated by inflation and financial crisis. But Putin's third term in the Kremlin, which began in 2012, was an entirely different, Russia’s population saw a decline in ordinary people's quality of life.

The far-reaching sanctions imposed following Russia’s annexation of Crimea hurt the Russian economy at a time that its economy was hit rapidly falling oil prices, which considerably reduced the country's revenue from oil exports.

This past Wednesday, about 200 people in Moscow defied the ban on political rallies and came to demonstrate outside of one of Putin's offices. They handed in a petition demanding an end to the changes and calling for a national referendum. The petition said…

"Putin is personally responsible for stealing from the Russian people," Sergey Udaltsov told the crowd. Udaltsov previously served four years in a Russian prison for organizing mass protests against Putin in 2012 that led to violent confrontations with police.

Political activist and Putin critic Sergey Udaltsov spoke to a gathering of media and protestors outside the presidential offices while serving the petition. He’s no stranger to standing up to Vladimir Putin. Sergey spent four years in Russian prison for organizing mass protests against Putin in 2012.

Tens of thousands of Russians in more than 30 smaller communities also came out to local protests.  Some carried signs blaming the pension issue on government spending, especially the cost of vanity projects such as hosting the World Cup, which will run to an estimated $13 billion. Russia also recently opened a bridge to the contested Crimean peninsula at the cost of more than $5 billion.

Putin is boxed in and time is running out at home. He needs to get out of the Western sanctions penalty box. His best bet is to buy his way out. It should take…

·        A commitment and agreement on no nukes in Iran, and denuclearization of North Korea with agreement to support sanctions imposed on the hermit state.

·        Adherence and renewal of nuclear treaties.

·        A peace deal that divides Syria into Assad controlled region and the free Syrian region.

By paying for Crimea and the eastern potions now occupied by Russian backed terrorist’ occupiers, Putin could conceivable side step and invasion that is likely never be reversed by using a land purchase using natural gas as payment.  It just might work.