Putin Is Going To Be Rolling In Cash Now That Crude Oil Is Trading Over $70 A Barrel. 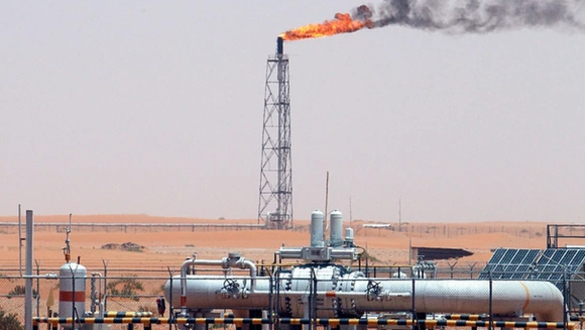 Now OPEC and Russia are going to lift crude oil to $90 a barrel through cooperative production cuts.

Russia and OPEC have finally figured out price fixing - described as managing reserves - are close to a two decade creating the biggest oil cartel in history.
Saudi Arabia's Crown Prince Mohammed bin Salman during an interview with Reuters last Monday. “We are working to shift from a year-to-year agreement to a 10-20 year agreement,” he went on to tell the news agency. “We have agreement on the big picture, but not yet on the detail.”

This isn't the first time Russia and OPEC have worked to the common purpose of raising the world market price of oil. OPEC, Russia, and other major producers agreed to curb production by 1.8 million barrels per day (bpd) for six months in December of 2016.

The agreement to cooperate between Russia and OPEC has been extended two times and the net result has been a rise in the price oil. It has risen from $54 to above $70 per barrel and analysts are largely in agreement that the supply overhang that brought a nose dive to a low in $29 in January, 2016.

Russia's new cold war with the West, despite the 77% plurality Putin received in Russia's recent presidential election, has hammered the country's standard of living.
In 2015, for the first time in many years, Russian citizens spent more money than they earned. The difference between the population’s incomes and expenditures amounted to 420 billion rubles ($5.5 billion), the first deficit in 18 years.

Experts with the Center for Macroeconomic Analysis told the newspaper Kommersant, “the results of 2015 were really extraordinary for the overwhelming majority of the fifty million Russian households.” In an article entitled, “Citizens lose their liquidity,” the newspaper described a “shocking restructuring of household economic strategy.”

Both official Russian statistics and recent public opinion polls taken in the country show a sharp fall in income levels and living standards.

In fact, the last time the Russian economy experienced something similar was in 1998, when Russia defaulted on its debt and its currency collapsed to one fourth of its previous level. When account is taken of the fact that over the past two decades much of what remained of the Soviet-era infrastructure and social services has been eradicated, the situation facing the population is now much bleaker.

According to the figures of the state agency Rosstat, the population’s real incomes have decreased by 4 percent in 2017 compared to 2018, and pensions have fallen by 3.8 percent.

The portion of the Russian population with incomes below the “official minimum” has increased to 13 percent. Citizens have stopped consuming and “are passive observers of the process of trade,” says the Ministry. They save their money and spend it only for absolute necessities.

An investigation by the Higher School of Economics has shown that 12 percent of the population lives at or below the level of extreme poverty. Only a quarter of Russia’s citizens earn more than twice the subsistence minimum.

This tells us that the present sanction crisis, Russian government’s exchanging a series of retaliatory sanctions, has hit particularly the poorest layers of Russia's population, those, whose share of food expenditures is the highest,” it observed.

In a February article, the online publication Gazeta.ru pointed to a sharp increase in outstanding debt. During the past year, 40 million people—more than half the economically active population—have borrowed 11 trillion rubles ($142 million) in new debt. Only 8 million of them are able to pay their interest in a timely manner.
International rating agencies have again cut their economic outlook for Russia. According to a new assessment by Moody’s, in 2016 the country’s economy will contract by 2.5 percent, instead of an earlier forecast of 0.5-1 percent.

Standard & Poor’s has continued to keep the rating of Russian long-term foreign currency obligations at BB+ level. Reaffirming its “negative” outlook for the economy, the agency expects the situation to worsen.

While 77% expressed their approval by voting for Putin, the economic bloodshed in Russian has transformed protests from being very isolated to what many watching events unfold in Russia say the number of inter-regional actions. The most notable such action was a series of protests recently of long distance transportation haulers. According to our data, 45 regions were affected work stoppages and protests.

In May, there were teachers’ strikes in 20 regions. Inter-regional protests are gaining ground. Whereas before, they involved at most 9 regions. Now, the number of simultaneously protesting regions is growing.”

So, the rise in the price of crude oil in recent weeks -- is a crucial development for the Russian economy since it’s largely a petrol state. However, it's a gamble to cooperate on oil exports with OPEC states.

But maintaining $70+ crude oil - is going to mean more cuts in Russian and OPEC exports!

Russian and OPEC oil production will have to gradually decrease to maintain a $70 barrel or greater price level because at that price level U.S. and North and South American production will ramp up sharply -- from low cost fracking, and established off shore oil production fields. In addition, will mean more natural gas exports from the United States are going to increase rapidly.

OPEC Secretary General Mohammad Barkindo said on Wednesday “We are looking for a very long-term cooperation between OPEC and non-OPEC producing countries.” The reality is of course that the United States cannot participate in any agreement to curtail the exports of its tens of thousands of oil producers and exporters.