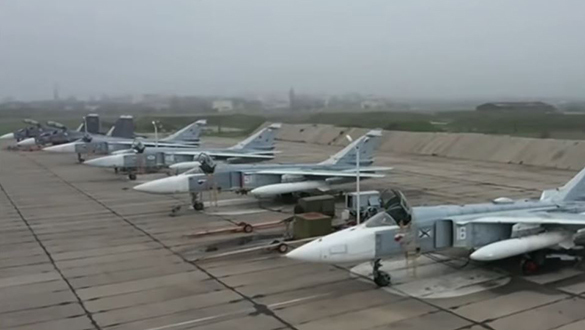 The announcement of the end of the massive military buildup on the Ukrainian border comes after the Biden Administration said it was considering sending many missiles and heavy weaponry to help Ukraine defend itself.

According to Russian State media, Sergey Shoygu, Russia’s defense minister, announced Thursday that massive military exercises near the border with Ukraine had been completed. He had ordered troops to return to their permanent bases by May 1, 2021.

150,000 Russian troops and heavy military equipment had been moved to the border of eastern Ukraine and the annexed territory of Crimea over the last month in what appeared to be a buildup to a Russian invasion of Ukraine.

The Associated Press (AP), as recently as early Thursday, Russia conducted military drills in Crimea with over 60 ships and more than 10,000 troops in coordination with 200 aircraft and approximately 1, 200 military vehicles.

Russia’s Defense Minister Sergei Shoigu was quoted as saying the goals of the military exercises “have been fully achieved” and that troops “demonstrated the ability to ensure the reliable defense of the country.”

While the immediate threat of a Russian invasion may be ending, the fact remains that tens of thousands of troops, heavy military equipment remain within striking distance of Ukraine. There are no current negotiations to end the long-simmering conflict in the eastern Donbas region of Ukraine and absolutely no risk of Ukraine launching an invasion of Russia.

Putin’s massive military buildup on the Ukraine border appears to have been engineered to gauge the response not only of Ukraine but also of the U.S. and Europe. It also may have been designed to take the attention of the Russian people from Putin’s disastrous handling of the COVID-19 crisis in Russia and the steadily weakening of his country’s economy.

While President Biden issued warnings to Russia’s dictator Vladimir Putin and support to Ukrainian President Volodymyr Zelensky, he didn’t send large contingent U.S. warships to the Black Sea. Biden, instead of surrogates, let it be known that his administration considered reinforcing Ukrainian defenses with missile batteries and other heavy weaponry.

Russia begins large-scale military exercises in and around Ukraine