Profiting From the Decennial Pattern in the Stock Market 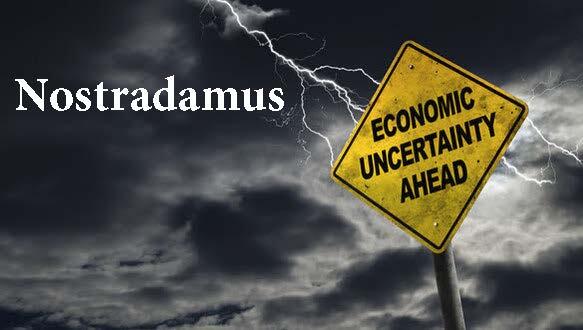 Is it possible to make predictions about the future? In general, Larry Williams believes so. He claims that the proof is in the pudding. Williams believes that years ending in 2 are bullish, with a drop early in the year followed by a large rally. The year 2022 should be the same.

Nostradamus predicted that inflation and starvation will befall us in 2K22, writing, “So high the price of wheat/That man is stirred/His fellow man to eat in his despair.”- NY Post, December 27, 2021

Would you risk your fortune on a stock market forecast from Nostradamus? No, I wouldn’t either.

The decennial pattern in the stock market does not date back to Nostradamus in 1555 but to Edgar Lawrence Smith, who first presented the Decennial theory in his book Tides in the Affairs of Men in 1939.

Surprisingly, these years do follow distinct patterns. Of particular interest, expert trader Larry Williams reports that years ending in “2” typically see stock market action like that already witnessed during the first half of the year, followed by a pronounced rebound in the final half of the year.

Williams provides the averages amalgamated from trading results of years ending in 2 (1952. 1962, 1972, 1982. 1992. 2002. 2012), which he describes as always reporting a yearly low, a bearish market. However, each of these “2” years has ended in a larger rally, as seen in the dips and rises on the chart that I, unfortunately, lack permission to show you. The Youtube video should help you visualize it.

According to Williams, years ending in 2 have always been bullish, “usually with a decline somewhere in the year and a big rally starting later in the year.” If you haven’t clued in, 2022 should follow the same pattern. Williams called for a choppy March and April, with weakness into May and June. Then, according to the decennial study, July, August to October, the outlook is very bullish. “Whatever this phenomenon is, it’s there, and it’s real,” says Williams.

Williams continues into greater detail with gold cycles, forecasts for specific sectors, and words of investing wisdom to help you in the coming market. Head to the YouTube video (linked here: https://therationalinvestor.com/blog/how-this-secret-2022-decennial-pattern-predicts-the-markets-future), and watch the whole thing, as this blog post barely scratches the surface of his pattern analysis.

It is impressive that the decennial pattern seems to be faithful for years ending in the same digit. Why this should be, I am at a loss to explain.

Edgar Lawrence Smith thought these patterns originated as an “economic response to solar change.” I find this explanation far short of satisfying. For a decennial pattern to be informed by solar change, this would seem to require a linkage to solar periodicities on a similar time scale.

Perhaps there is such a linkage that I am too dull to recognize? The time-price-research-astrofin.blogspot.com explores this topic copiously. Here is a sample: “Why might stocks consistently outperform in these periods from solar minimum to maximum, and underperform from the solar peak down to the next solar minimum, particularly as higher solar activity can cause higher geomagnetism on Earth which affects humans biologically negatively and adversely affects stock market returns?

“Well, there is a slight lag in geomagnetic peaks after solar cycle peaks, as shown below, and this fits well with why we have seen an economic recession follow each solar cycle maximum in the last century - it corresponds to the peak in geomagnetism. Historically, this post-solar-peak period has been one of human apathy and peace. Conversely, the period into the solar peak has been one of human excitability, pro-action and economic inflation, which fits well with stock market gains.”

Reading that “we have seen an economic recession follow each solar cycle maximum in the last century” hints that forecasting could be much easier if the regularity holds, But how it comes to be aligned with the last digit of the year remains mysterious to me.

The same goes with the conclusion that “the period into the solar peak has been one of human excitability, pro-action and economic inflation, which fits well with stock market gains.”

According to Forbes, “The latest forecast says that solar maximum—when the number of sunspots peaks and our star is at its most active—will occur between November 2024 and March 2026, but most likely around July 2025.”

This suggests three years of inflation, followed by a recession. Get ready for it.

In 2013 and 2014, when I told my Strategic Investment readers that an unexpected turn toward colder weather could precipitate another Dark Age, almost no one anticipated anything other than “global warming” far into the future.