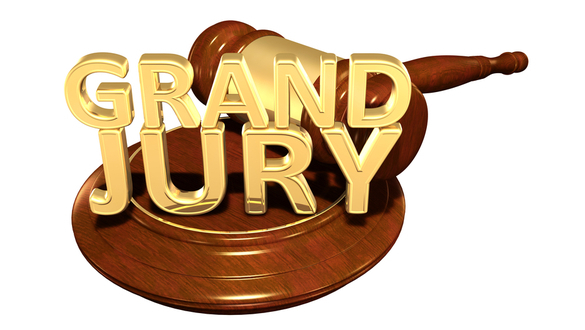 Most Americans, including GOP politicians and Administration members, are focused on the myriad of Trump scandals swirling in Washington. They’re missing the biggest threat to President Trump’s Presidency.

The subpoenas issued by Manhattan District Attorney Cyrus Vance seeking 8 years of President Trump’s tax returns for a criminal investigation before NYC criminal grand jury, now before the 2nd Circuit Federal Appeals Court, will be affirmed by that court and, if required, by the United States Supreme Court.

So while most of the country and the world are watching the impeachment inquiry by Congress, wondering if the President will be brought down by the emolument clause of the constitution or defeated for re-election, they are missing what could be the biggest legal threat to President Trump. His being indicted on several violations of New York election law; crimes that his longtime personal attorney Michael Cohen pled guilty to in Federal Court; and which Trump was likely identified as Individual #1 who has been labeled an unindicted co-conspirator.

A decision on President Trump’s appeal to the decision by a lower Federal Court and NY State Court are unlikely to be granted.  Responding with a 52-page brief filed with the U.S. Court of Appeals for the Second Circuit Cyrus Vance’s legal team last week insisted Trump's lawyer’s argument that sitting presidents have complete immunity from criminal investigations. Cyrus Vance's legal team said among other things that …

"This extravagant claim is unsupported by constitutional text, statute or case law, and is equally absent from historical texts and government memoranda."

The likelihood of a successful appeal has even been undermined by U.S. Department of Justice, which is acting as Trump’s law firm, stops far short of endorsing his view of being immune to any and all investigations, much less state conviction of a felony… with any real evidence, or viable constitutional argument.

Cyrus Vance’s 52-page brief challenged an argument by Trump's lawyers that the only constitutional method to deal with allegations of misconduct by sitting presidents is through the impeachment process.

"The reality is that (The President) has refused to participate in the very impeachment process that he presents here as the bulwark against placing a president above the law," Vance's lawyers argued. "His core position on every one of these matters is that the United States Presidency places him beyond the reach of the law."

Vance’s legal team argued while President Trump would not suffer "irreparable harm" if his business financial records and personal tax returns are turned over because they would be destroyed or returned, with no public disclosure, if federal courts upheld his immunity claim.

On the other hand, Vance in his legal brief argued the New York grand jury that issued the subpoena could be harmed because statutes of limitations on pursuing potential crimes could expire while the case is being appealed. Vance also pointed out in his filing the President …

"has made it abundantly clear that his litigation tactics will be to pursue indefinite delay in an effort to frustrate the grand jury."

The New York case has been fast-tracked because of its legal significance after Manhattan-based U.S. District Judge Victor Marrero ruled Trump could not shield his tax returns from Vance's investigation.

In Judge Marrero's 75-page ruling the jurist rejected what he called Trump's "extraordinary claim" that "the person, who serves as president, while in office, enjoys absolute immunity from criminal process of any kind."

He went on to point out that Trump’s argument meant "virtually limitless" protection from criminal investigations – not only for sitting presidents but for their associates who might have collaborated in illegal actions. He ruled that Trump was unlikely to succeed on the legal merits of his claim and denied the President’s request to squash the Manhattan Grand Jury’s subpoena and dismissed Trump's lawsuit, writing … "this court finds aspects of such a doctrine repugnant to the nation's governmental structure and constitutional values."

So, U.S. Court of Appeals for the Second Circuit will hear oral arguments from both sides of the case on Oct. 23 and could issue a ruling well before Thanksgiving.

While a NY State indictment of President Trump shortly after the decision by the U.S. Court of Appeals for the Second Circuit might not be the immediate end of the Trump Presidency, an indictment for campaign finance violations – paying off two women to keep quiet could be just the beginning of a long list of felonies committed by both President Trump personally and by Trump’s many businesses.

Bottom line, the decision before the U.S. Court of Appeals for the Second Circuit is a monumental threat to President Trump, his businesses and potentially to his three oldest children who have been immersed in his businesses.

For investors wondering how the financial markets might re-act to President Trump, his businesses and his three oldest all becoming indicted criminal defendants in New York City and State before the end of the year, consider the historic stubbornness of Donald J. Trump, his belief that he is untouchable and as a result unlikely to resign the Presidency even while being indicted. Trump could literally drag the trial out for 12-36 months, staying in office and even running for re-election as a criminal defendant. His doing so would be dangerous because no matter who becomes President after him will not be able to pardon him from any state crimes he, his employees or three oldest children may be charged or convicted. NY State Governor Cuomo is unlikely to agree to a state pardon.

If Trump handing over 8 years of tax records leads to more charges beyond campaign finance violations being charged against him and his business, it’s likely a receiver will be appointed in charge of his businesses and seeing all of his and those indicted’s monies frozen.

All of this is likely to be seen as a big negative for not only the U.S. financial markets but also the global economy. That might induce central banks around the world to cut interest rates dramatically and perhaps even expand their balance sheets to maintain growth – something already being considered by the IMF, EU Central Bank, and other Central banks from including those in Beijing, and Tokyo.