President Trump’s War with Everyone Sends His Approval Polls into a Nosedive as Mid-Terms Approach. 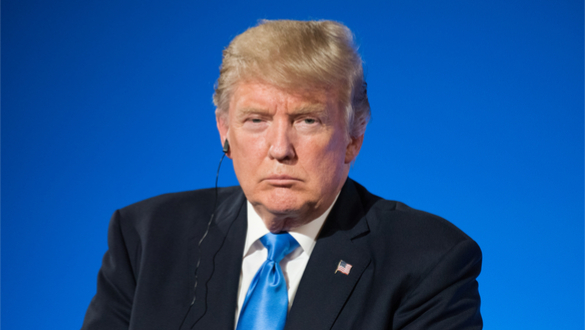 President Trump’s strategy of lashing out endlessly at his perceived enemies foreign, domestic, and imaginary is clearly taking its toll on his popularity outside the Trump bubble.

His latest eruption of attacks comes at a time when speculation is reaching a fever today among members of the press and legal community watching events unfold as the Russian probe progresses. Speculating is peaking that both Roger Stone and Donald Trump Jr. could find themselves indicted today for lying to Mueller’s FBI investigators and possibly for other crimes.

The expectation of indictments is being heightened because today is the last business day before Labor Day and the traditional beginning of the midterm campaign season. This makes the latest poll numbers, clearly amidst a nose-dive, even more, dire for the President.

Today’s ABC/Washington Post Poll results show a 34%/60% approval versus disapproval. Even after being adjusted by FiveThirtyEight.com, it still amounts to a 38%/59% picture.

·        In the same poll, 66% of the American public is against the President giving Paul Manafort a pardon versus 18% in favor of it

·        53% of Americans believe Trump has obstructed the Mueller Russian Probe

Last night at a campaign rally in Indiana, President Trump openly threatened the Department of Justice, FBI to “start doing their job” or he'll 'get involved.' 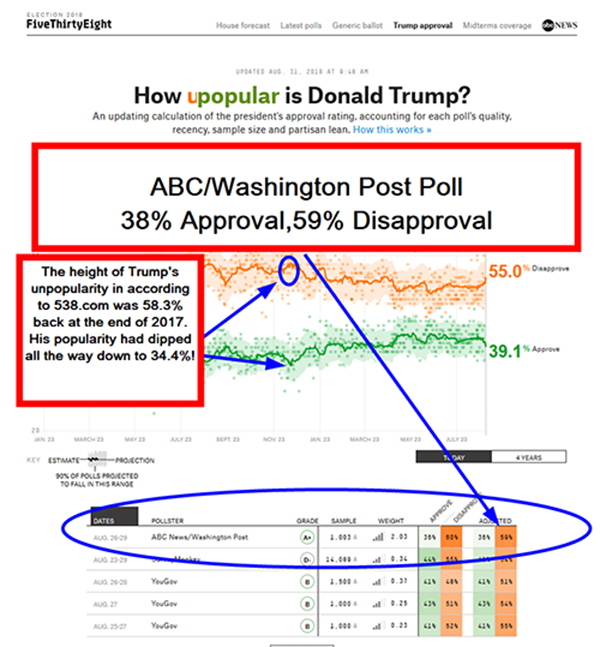 This comes after making it clear he intends to subvert the rule of law by firing Attorney General Jeff Sessions after the election. This all amounts to an election environment that is so highly combustible, that one wrong move by the President could result in more than catastrophic election results for the Republicans in November.

Pardoning Manafort, a multi-millionaire convicted of both tax evasion and bank fraud – who also sold influence to foreign nationals who were sanctioned by the U.S. government, while working as Trump’s campaign manager – would only help sink his approval numbers and send his disapproval number soaring. Pardoning Manafort would send a clear message that Trump believes rich people who are his loyalists are above the rule of law.  Ironically, Trump’s poor and middle-class white supporters – including those with southern accents – are oblivious to his hypocrisy and criminality.