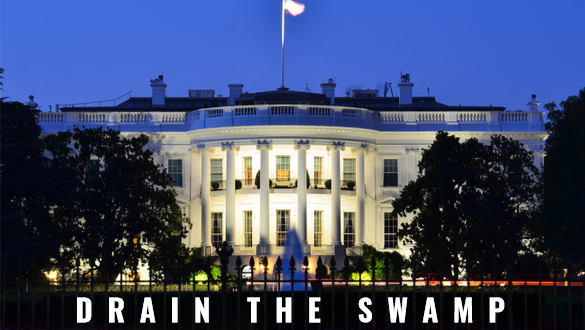 Jared Kushner Using White House Position Gig to Pull in $90 Million from Secret Foreign Sources. If there’s any doubt in your mind that the Trump Administration is the most corrupt swamp of human beings in U.S. History, you’re just not paying attention.

One of the biggest and easiest promises President Trump made when running for his office in 2016 was to “drain the swamp in Washington.”  The President’s scandal after scandal and one conflict of interest after another has deepened and polluted the so-called political and bureaucratic swamp substantially since he was inaugurated.

Last week we learned that Secretary of Transportation Elaine Chao personally saw to it that grant applications and other priorities requested by her husband Majority Leader Mitch McConnell’s, state of Kentucky, was expedited and paved the way for at least $78 million for his favored projects as McConnell prepared to campaign for reelection. 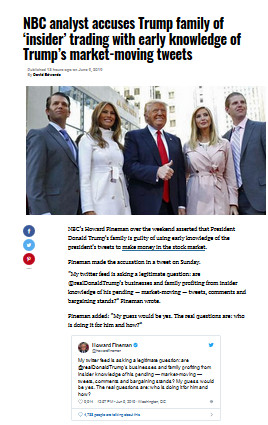 This follows news that the majority leader is up to his neck in deals with Russians for a hundred million dollars or more that are at best, questionable.

This week starts with the disclosure that a real estate company partially owned by Jared Kushner has received $90,000,000 from an anonymous foreign source since he started working in the White House.

The Guardian is reporting that $90 million flowed into Cadre, a company Kushner still holds a reported $50 million stake.  The payment passed through a vehicle run by Goldman Sachs in the Cayman Islands tax haven. That’s right $90 million through an untraceable offshore account.

So, President Donald Trump’s son-in-law, his most senior advisor kept a 25% stake in Cadre, but resigned from the board of this company after moving into his role at the White House, so he could say he had no influence. However, the company Cadre after Kushner’s joining the administration began accepting the secret foreign funding.  Also, Kushner inadvertently forgot to mention Cadre on his first ethics disclosure; saying he was not actively involved in the company’s operations.  As a side note, Kushner was rejected from receiving a security clearance because of unknown off-shore business activities, but that was conveniently fixed. It now appears that all the fake news designed as a mechanism to disguise Kushner’s actual intentions was credible.

Is this draining the swamp or making it much bigger and deeper?