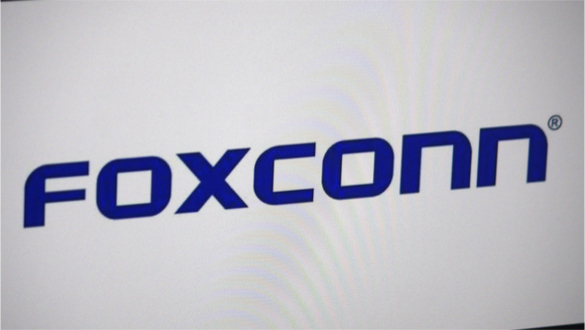 President Trump loves claiming credit for Foxconn’s $10 billion plan to build a factory in Wisconsin. He even attended this past summer’s groundbreaking claiming at the time it happened “only because of me.”

President Trump claimed a big win this past week after one of the world’s largest electronics manufacturers, Foxconn announced it had changed its mind, about building a new $10 billion manufacturing facility for display-panels, and that it would not be creating the previously estimated 13,000 jobs in Wisconsin’s southeastern corner over the next 15 years.

After a phone call between President Trump and the firm’s CEO, the firm instead reversed course again and announced it would build the new plant. The President who has been hit with disappointments by General Motors, Harley Davidson, Carrier, and other companies recognized the decision by Foxconn could potentially be very damaging to his 2020 re-election prospects.

President Trump and former Wisconsin Governor Scott Walker had during the 2016 election campaign touted Foxconn’s new $10 billion plant as the beginning of a new blue-collar jobs revival. The jobs created were supposed to pay an average annual wage of $53,000 annually.

Wisconsin had outbid both Virginia and New York for the facility with $4 billion in tax breaks and incentives. Also, the state has already invested $190 million in land acquisitions, legal expenses and infrastructure expansion for the new Foxconn manufacturing plant.

News of the change of plans from Foxconn, which cited changes in “the global market environment that existed when the project was first announced has changed.” This prompted President Trump to step in and call the company’s CEO Terry Gou. The call from the president convinced Foxconn on Friday, not to cancel the project. In a Tweet following the call President Trump wrote…

“Great news on Foxconn in Wisconsin after my conversation with Terry Goul!”

However, the reality isn’t one of a happy ending. Leading up to the latest flip-flop by Foxconn, there has been a steady plan to downsize the number of expected jobs that would be created by the new plant.  Job reductions from 13,000 over the next 15 years to less than 5,000 jobs with the reduction specifically by the company in the numbers of estimated blue-collar jobs that will be created.

The fact is accelerating technologies in robotics and automated manufacturing over the next decade could reduce the number of jobs that will be created in Wisconsin by Foxconn to less than 3,500 according to analysts familiar with the industry. That would be an economic disaster given the investment the state of Wisconsin has committed to, by the former GOP governor. Who aggressively touted the Foxconn plant as central to his losing re-election campaign.

If Foxconn does create 3,500 new jobs, given the $4 billion in tax breaks and incentives including the $190 million in spending already, each job created will cost the state government more than $1.4 million each.

There’s just no way you can justify job creation at the cost of $1.4 million per job says Geoff Garbacz, the editor of SuperstockInvestor.com a resident of Wisconsin.

“The decision by Foxconn to build the $10 billion plant could end up being an enormous boondoggle for taxpayers of Wisconsin.”

“I understand President Trump, like all of his predecessors, likes to boast about jobs and economic development but this has the makings of an economic disaster all for one purpose – so he can take credit again where none is due.”

President Trump’s insistence of pointing to announcements by individual companies of job creation instead of focusing on broad economic improvements made under his administration is extremely dangerous. Trump routinely seizes on corporate investment news from General Motors, Fiat or Apple and uses these announcements in tweets and for rally applause lines. Announcements by companies like these can be fleeting in what can be rapidly changing economic environments. Especially, with President Trump’s trade wars slowing economic growth around the world.