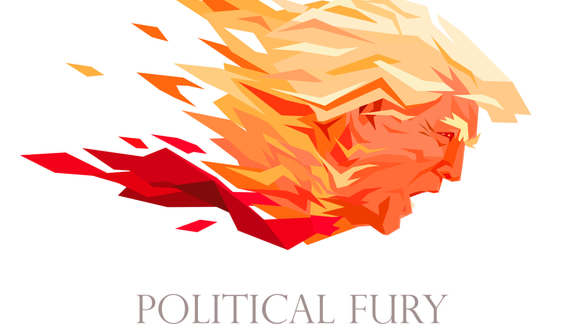 It will be a real-life Shakespearian nightmare of revenge, anger and the destruction of our Republic. President Trump’s Michigan campaign rally on Wednesday evening is just a glimpse of the rage and anger we will see as he campaigns to destroy his perceived political enemies first with rhetoric than with bullets.

Johnston’s question caused an uproar because President Trump increasingly is turning into a Mad Sociopathic King worthy of a Shakespearian play. His impeachment now appears to be blocked by the Speaker of the House Nancy Pelosi awaiting the capitulation of Senate Majority Leader Mitch McConnell to allow a fair trial with witnesses.

Without a guarantee that the rules for impeachment will be the same as in 1998 when President Clinton was tried, it looks likely we are going to see the House impeachment of President Trump hang over his campaign for re-election through Election Day 2020.

If you think Trump’s rants about the flushing of toilets 15 times, attacks on dead politicians, and teenagers are ugly, you haven’t seen anything yet.

“Trump’s belligerent attitude toward his impeachment contrasted to that of Clinton and Nixon, who he said ‘actually came out contrite.’

“This president is so embittered that he’s gonna come out and spend the rest of his time in the office getting even,”

Gergen went on during his CNN interview to predict…

“And that’s what troubles us here is you look ahead, what kind of presidency is this now going to be?”

“Nixon was good enough to leave, he had to leave… Clinton went ahead and worked for the good of the country.”

“What you want to do is have a president committed to the good of the country, not for carrying out vendettas against Debbie Dingell because she voted the way she did.”

President Trump’s letter to the Nancy Pelosi on the eve of the historic impeachment vote may not have been written by Shakespeare, but was worthy of a Mad King…incoherent, rambling and above all seething with rage. His belief that the second amendment of the U.S. Constitution gives him unfettered power and having a sycophant serving as the Attorney General may end up in his declaring martial law and ordering the arrest and execution of his enemies as feared by David Cay Johnston.

There’s no telling what will set Donald J. Trump off…

·        An indictment of him, his oldest children and businesses?

·        Continued investigations into him, his businesses, family and his political sidekick Rudy Giuliani by law enforcement and the House of Representatives?

I hope David Cay Johnston is wrong, but I fear he’s right. There may not be an election in 2020 if Trump declares martial law. All I know for sure is I am not willing to live in an authoritarian Kleptocracy.

If Donald J. Trump is to be the first dictator of the United States, I will likely be one of those he has lined up against the wall and executed alongside one of 10+ million he will have to eliminate and jail as he unleashes his vendetta, if he’s allowed to become a dictator.