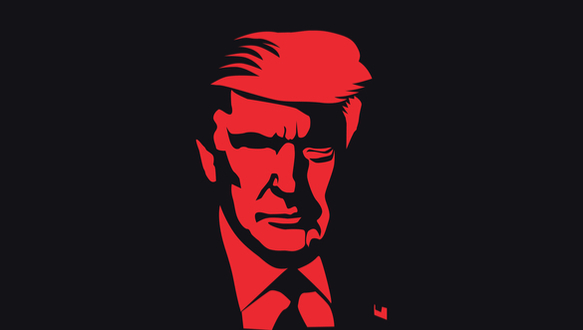 Upon his return to the United States at the end of the week Donald Trump’s top trade negotiator Robert Lighthizer informed him Beijing was back-tracking on any trade deal that requires a change of Chinese law in the text of the deal. Also, Lighthizer told Trump the Chinese will not sign a deal that leaves U.S. tariffs in place as leverage to force their compliance to the deal.

Trump playing by his gut and driven by his explosive temper announced this past Sunday that he will raise the tariffs imposed on $200 billion in Chinese goods to 25%, from 10% this coming Friday unless the U.S. and China come to a final trade deal.

The Chinese officials told their U.S. counterparts during negotiations in Beijing this past week they would not agree to a trade deal that required changes to Chinese law.

This had been one of the breakthroughs; China had previously agreed to and which would have gone a long way in addressing what is known as forced technology transfers.

The U.S. side, led by Trade Representative Robert Lighthizer hearing of the flip flop became very upset because he thought that the Chinese position on changing its laws had been settled.

Trump’s reaction to the revised Chinese position was to get tough and announced he was more than doubling U.S. tariffs at the end of the week. The Chinese reaction has been to threaten not to show up this week in Washington for the next round of negotiations.

It’s very likely President Trump has not considered the ramifications of his escalating his trade war with China. If Trump raises the tariffs on Friday, he could find the Chinese withdrawing completely from the negotiations and the good faith purchases of U.S. agricultural imports and technology. The chances that the Chinese buy Jet airliners from Boeing will be zero. This means that some of Trump’s biggest supporters financially destroyed if this trade war escalates. 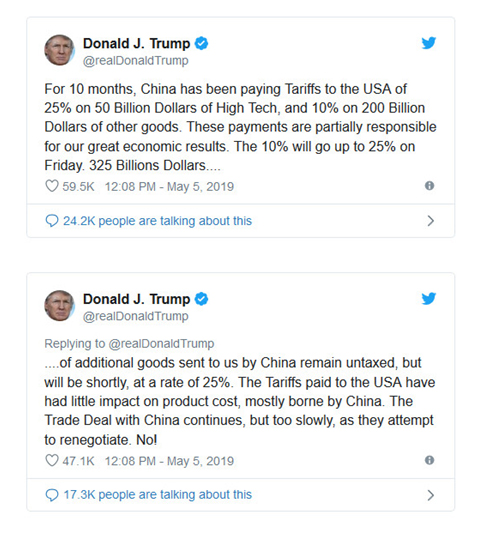 The president then issued this pair of tweets on Sunday criticizing China and threatening to raise tariffs.