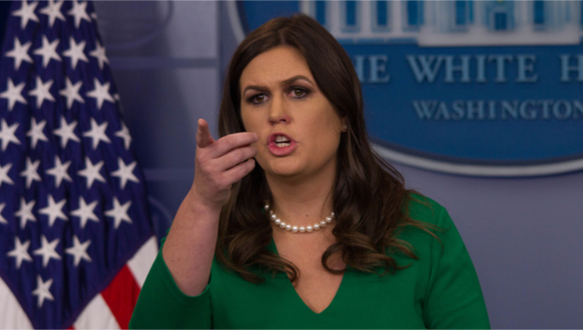 President Trump looked unglued throughout his press conference yesterday hurling insults at reporters asking tough questions. Despite the reality that his administration was substantially weakened as a result of the mid-term election results, the President claimed almost total victory on Tuesday.

Jim Acosta a well-respected journalist who has been continually voicing his concerns of the President’s racist and anti-free press rhetoric among other failings found himself in a fiery exchange with President Donald Trump yesterday during the first Presidential news conference following the midterm elections.

After Acosta repeatedly asked the president questions, provoking a heated outburst, a White House intern attempted to take a microphone from Acosta as he moved to evade her. In no way did Acosta put his hands on the intern; all he did was evade, her grasp. Despite this, within hours Acosta and CNN were informed by the Secret Service that White House was suspending his press credentials and would deny him entry to White House grounds.

Her claim that Acosta put his hands on the young female Intern is visibly false, and  fellow journalists and members of the White House press corps came to the immediate defense of CNN’s Jim Acosta yesterday after the Trump administration revoked his press credentials. 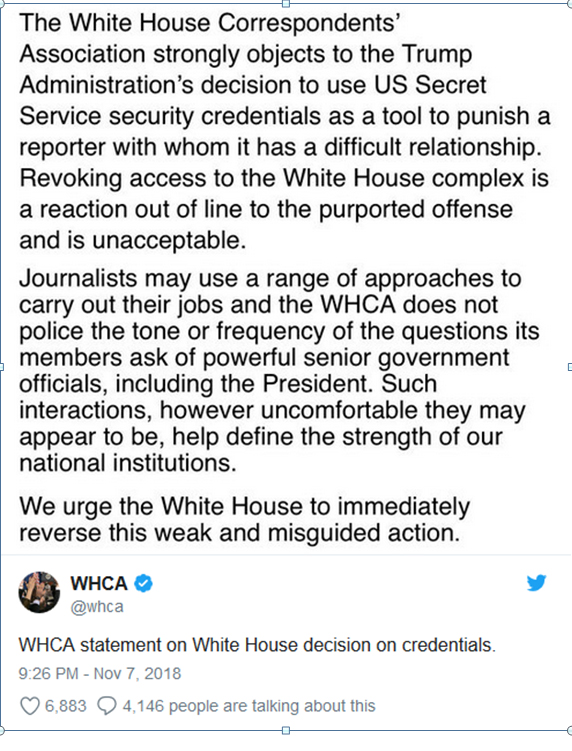 Complicating the matter the footage Sanders shared to reinforce the decision to suspend Acosta’s credentials was a video that was missing the audio, zoomed in and repeated a false event that suggested to the viewer they saw something that had never happened.   The ALTERED video Sanders used had been distributed a few hours earlier by White Nationalist celebrity Alex Jones of Infowars who has banned from many social media sites for abusive behavior:

This President has lost control of his emotions and appears to have declared a complete and total war on the FREE PRESS.

Not since Richard Nixon has there been such a contentious relationship between the Free Press and a President.

President Trump believes he is above the law and clearly understands the shift of control of the House of Representatives means he is going to fight for his political life, so he’s behaving like a dictator.