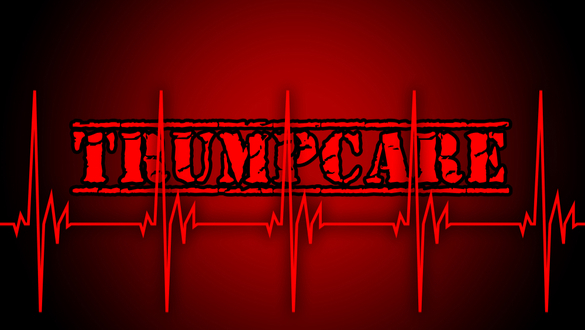 President Trump continues to use his Justice Department to support a federal judge's ruling that President Obama's signature health care law, the Affordable Care Act, is unconstitutional. If POTUS is successful tens of millions of people will lose their health care, people with pre-existing conditions will see their premiums skyrocket and millions will be unable to afford health insurance.

The Republican Party and President Trump are determined to cut Medicare, Medicaid and kill the Affordable Care Act.

Yesterday the Trump Justice Department, filed court papers in support of a federal judge's ruling that President Barack Obama's signature health-care law, the Affordable Care Act, is unconstitutional. The DOJ filed its determination in the U.S. Court of Appeals for the 5th Circuit in New Orleans, where an appeal of U.S. District Judge Reed O'Connor's December opinion on the law is pending.

President Trump’s decision comes after a 40 seat loss in the House of Representatives for the Republicans mostly on its war on healthcare. If Obamacare is struck down more than 32 million people will lose their health care coverage by 2026. Given the Trump Administration’s proposed budget for 2020, as many as 65 million Americans could be on the verge of losing all or part of their healthcare protections and face much higher costs. It’s a strange policy to push as we enter the beginning of the 2020 campaign.

Scrapping the law without a replacement would lead to 32 million more uninsured people by 2026, the Congressional Budget Office estimated in 2017.

The decision will almost certainly make the 2020 election about healthcare and puts the Democratic-held House in position to fight daily to defend and strengthen the Affordable Care Act following the GOP's efforts to repeal it in 2017.

The Trump administration's regulatory changes have already weakened the law and are giving House Democrats an opportunity to introduce legislation that is designed to decrease costs for consumers and shore up Obamacare while Trump and the GOP are trying to kill it. 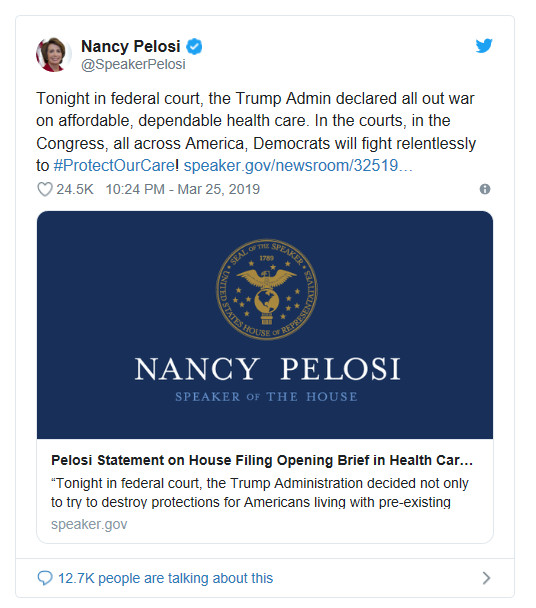 "Trump and his administration are trying to take health care away from tens of millions of Americans — again.”   "We must fight back again with everything we've got."

“The Affordable Care Act means that people can’t get kicked off their insurance for pre-existing conditions. With the stroke of a pen, this court filing by the administration would take that away. I will fight this.”