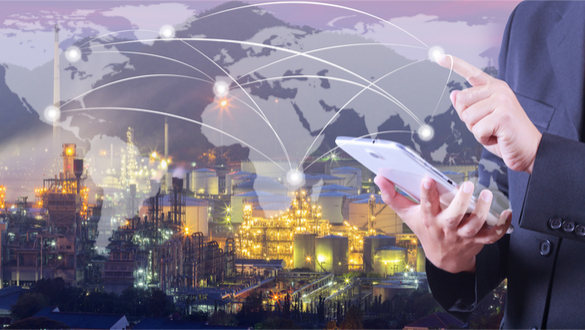 Both efforts have already started to drive oil prices substantially higher. Both Russia and Saudi Arabia are believed by many oil and political analysts to need the price of oil to rise above $90 a barrel to support their cash needs to maintain power in their respective countries.

Trump ordered the end of the 180-day waivers that allowed China, India, Japan, South Korea, Italy, Greece, Turkey, and Taiwan to Iranian crude without violating U.S. sanctions imposed after its withdrawal from the Iranian Nuclear Treaty. By doing so, the Trump administration is putting an enormous squeeze on oil supplies in what was already a tight market.

The Trump Administration said it has commitments from other oil producers including Saudi Arabia and the United Arab Emirates that will offset the loss of supply of Iran’s crude to the world market. The Saudi Energy Minister Khalid Al-Falih said, after the U.S. announcement,  his country will coordinate with fellow producers to keep adequate supplies available to consumers while ensuring the oil market “does not go out of balance,”

Some analysts are speculating that the U.S. decision to shut down Iranian oil will be used by OPEC and Russia to boost oil prices further. OPEC meets next month to assess the market and again in June to decide on how much oil they’ll produce and sell into the world market. The lure of selling their crude oil production for $80, $85 even $90 a barrel – which now sells for $74 a barrel may be too hard to resist. Trump has put the pricing of oil in the hands of Vladimir Putin and Saudi Arabia’s Crown Prince Mohammed Bin Salman control.

Wall Street Rebel believes despite Secretary States Pompeo’s assurances that the absence of Iranian oil supplies will be made up by other U.S. allied oil producers, it’s likely we’ll see oil jump to $85 a barrel on the world market in the next few weeks.

Also, there is a severe risk of President Trump’s decision to squeeze the Chinese, the largest buyer of Iranian crude could be disastrous to current trade war negotiations. China immediately voiced its opposition to the unilateral imposition of these sanctions today and is no doubt worried about the effect higher oil prices will have on their economy.

Trump who is already besieged by scandals that may end up with the House of Representatives initiating impeachment hearings, could also find the U.S., dealing with a military confrontation from both the Iranians and the Chinese over these oil sanctions.

Iran has already responded with the threat of closing down the Strait of Hormuz, the most vital waterway in the world for global oil shipments if the United States goes through with its plans to shut down its oil exports. The Iranian state-run Fars news agency quoted Alireza Tangsiri, head of the Revolutionary Guard Corps navy force as saying…

“If we are prevented from using it, we will close it… In the event of any threats, we will not have the slightest hesitation to protect and defend Iran’s waterway.”

While Iranian officials have threatened to close Strait of Hormuz many times in the past during periods of rising tension with the U.S. the price of Brent crude, already at a six-month high, any military confrontation in this critical strategic waterway could send the price of oil over $100 barrel.

The U.S. has asserted in the past it would move to stop any Iranian attempt to block the waterway. However, the Strait of Hormuz is a very narrow waterway in which one-fifth of the world’s oil is transported. If the Iranian’s are determined to shut it down, they may be able to do it. Which brings us all to the big question, is President Trump willing to start a war with Iran to deflect from his many scandals? Is the tail about to “wag the dog”?