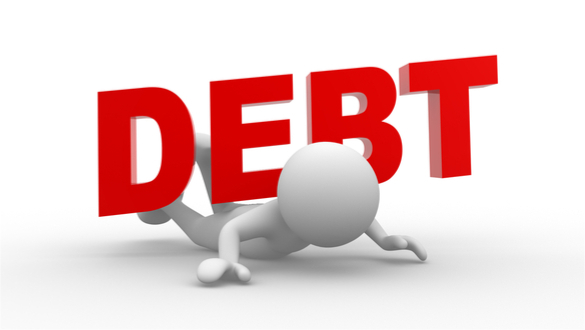 President Trump’s promises made slogan during his 2016 campaign included: providing better health insurance for less, raising taxes on the wealthy, and wiping out the federal debt while rebuilding the US military. Now after little more than two years in office US federal debt has now topped $22 trillion.

The federal debt this morning now rests at $22,012,840,891,685.32 — that works out to $67,731.82 per man, woman, and child in the United States. Besides being compelling evidence that his election-year promises were utterly worthless, his $1.5 trillion tax cut which he promised would pay itself is accelerating the growth of the national debt at a record rate. The US Treasury Department reported the debt jumped more than $30 billion during this month alone…

“It’s a nasty reality when you consider President Trump has been quoted callously insisting the Treasury should just print money because by the time the bill comes due he’ll be long gone from office.” Says Michael London one of the editors of the WorldOpportunityInvestor.com

Judge Gregg and Edward Rendell co-chairman of the Campaign to Fix the Debt said in a press release about the $22 Trillion in debt...

“This milestone is another sad reminder of the inexcusable tab our nation’s leaders continue to run up and will leave for the next generation.”

The federal debt had grown dramatically since the end of the Clinton administration when it reached $5.728 trillion. Under George W. Bush’s administration, the national debt nearly doubled to $10.627 trillion and then thanks to the 2008-2009 financial crises that President Obama nearly doubled it again, to $19.947.

Given the acceleration of debt growth under President Trump and the likelihood of both corporate earnings slowing in 2019 and 2020 and spectra of slower global economic growth, and the growing danger of both a global recession and US recession during the next 24 months, the risk that the federal debt spikes to as much as $25 Trillion is a growing possibility.